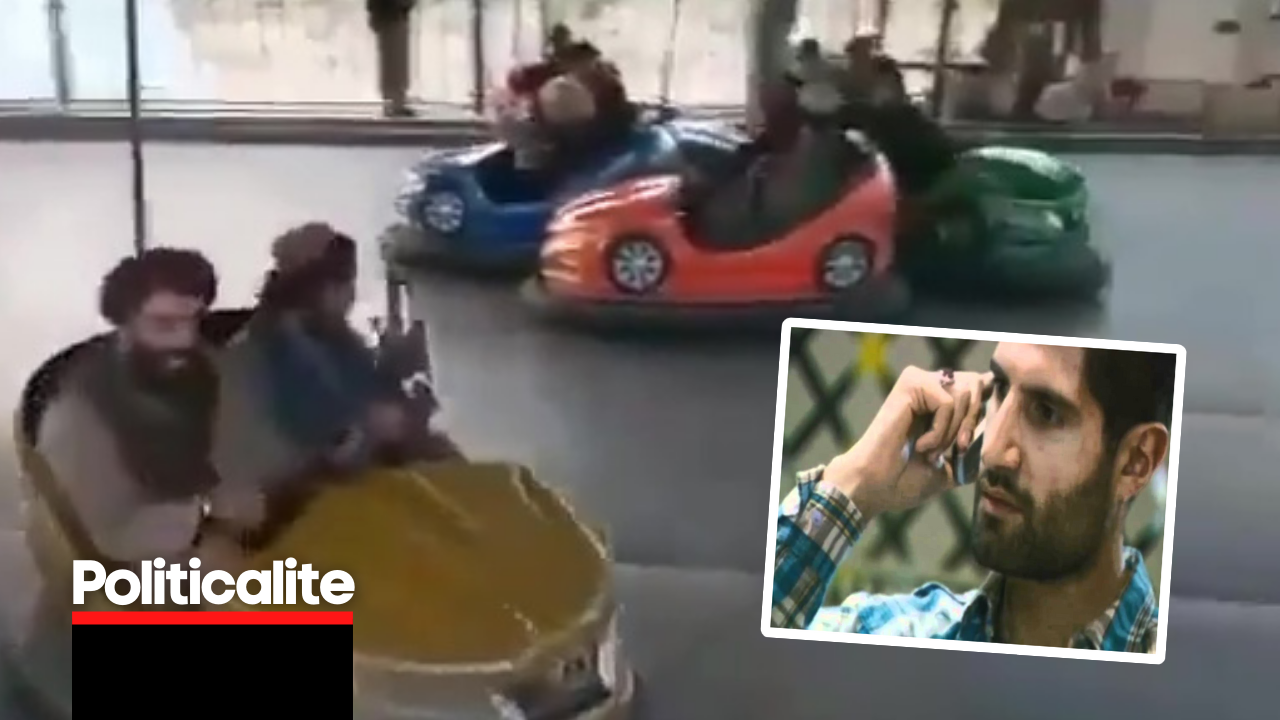 ARMED Taliban militants were seen riding bumper cars and merry-go-rounds as they took over Kabul.

The bizarre video leaked on social media appears to have captured Taliban fighters riding dodgems at an amusement park in Afghanistan.

Footage captures the armed militants driving the toy cars around while they seemingly enjoying themselves.

The video is thought to have been filmed in the north-western city of Herat.

Other clips appear to capture Taliban members riding ponies on a merry-go-round and working out in an abandoned gym.

A psychology expert told Politicalite that the bizarre videos could be Taliban fighters re-capturing their lost youth, as they have endured 20 years of war.

Taliban forces seized Kabul this weekend before settling into the presidential palace after Afghan President Ashraf Ghani fled the country.

Additional Reporting by The Independent