TOM Evans, the father of Alfie Evans has told reporters outside Alder Hey in Liverpool that he will meet doctors later today to take Alfie Evans home.

Tom, 21 said Alfie no longer requires intensive care but struggles to believe the toddler is suffering from a neurogenerative disease.

“For the third day, there’s been not one single problem with him. The nurses came in and said: “Wow!”

“We got rejected yesterday to go to Italy unfortunately. We could take it further but would it be the right thing to do? 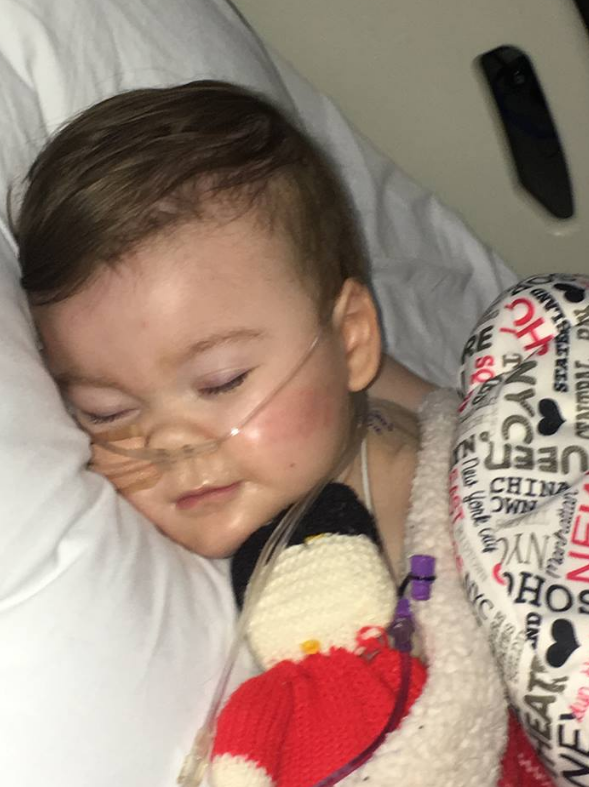 “So what we do today is have a meeting with the doctors at Alder Hey and we now start asking to go home.

“Alfie doesn’t need intensive care anymore. Alfie is lying on the bed with one litre of oxygen going into his lungs and the rest is him.

“Some people say this is a miracle. It’s not a miracle it’s a misdiagnosis, there’s no miracle about this.

“I’ve had a feeling about Alfie’s condition for a while now and I’ve always said I struggle to believe it’s a neurodegenerative disease.

Tom added renewed his appeal to let Alfie be taken home and also accused Alder Hey of “making the hole bigger for themselves.

“He’s been off a ventilator for three days and there’s been no deterioration.”

“He hasn’t woken up he’s still a little bit weak but what we ask for is to go home to sustain his life.”

“Because in here there’s been no neurological assessment. No immediate care for him. It’s just nurses sitting outside the room and leaving us to do what we do.”

“People are starting to itch their heads now because Alder Hey is making this hole bigger for themselves.”

“At the end of the day, there’s a child in the middle of all this. It shouldn’t be about costs, it should be about Alfie.”

Politicalite.com will bring you the latest updates on Alfie Evans as they happen.