ARE THEY GETTING IT? Man U To Display "Football Is Nothing Without Fans" Banner
Advertisement 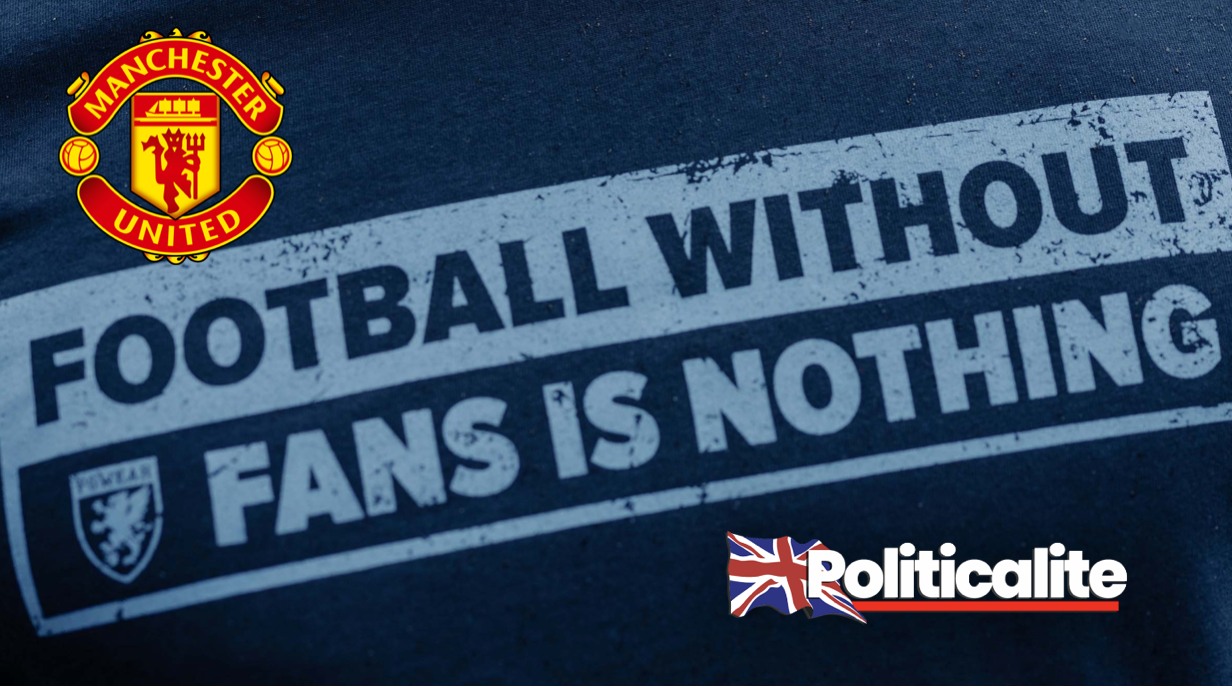 MANCHESTER United is to display a banner declaring ‘football is nothing without fans’ during the club’s first match at Old Trafford since the resumption of the Premier League.

The move may have been made due to the backlash clubs and players from other clubs have faced since ‘taking the knee’ and promoting the political ‘Black Lives Matter’ movement.

Fans have voiced dismay and thousands have pledged to “Boycott Football” as the beautiful game became political.

Executive vice chairman Ed Woodward has sympathised with fans unable to attend matches due to the coronavirus pandemic and predicted “difficult” months ahead.

“While everyone at Manchester United is excited to be getting back to playing football, we regret that our fans cannot be in the stadium, and recognise these are difficult times for many people around the world,” Woodward told United Review.

“As a banner in the Stretford End tonight (Wednesday) declares, quoting Sir Matt Busby, ‘football is nothing without fans’, and we can’t wait for you to return to Old Trafford as soon as it is safe to do so.

“On the pitch, there is no escaping the reality that the coming months are going to be difficult for everyone in football and we are no exception.

“However, our club’s foundations are solid and, provided we stick together and manage our resources carefully, we will come through this period with our strength intact – thanks in large part to the loyalty of our fantastic supporters.”