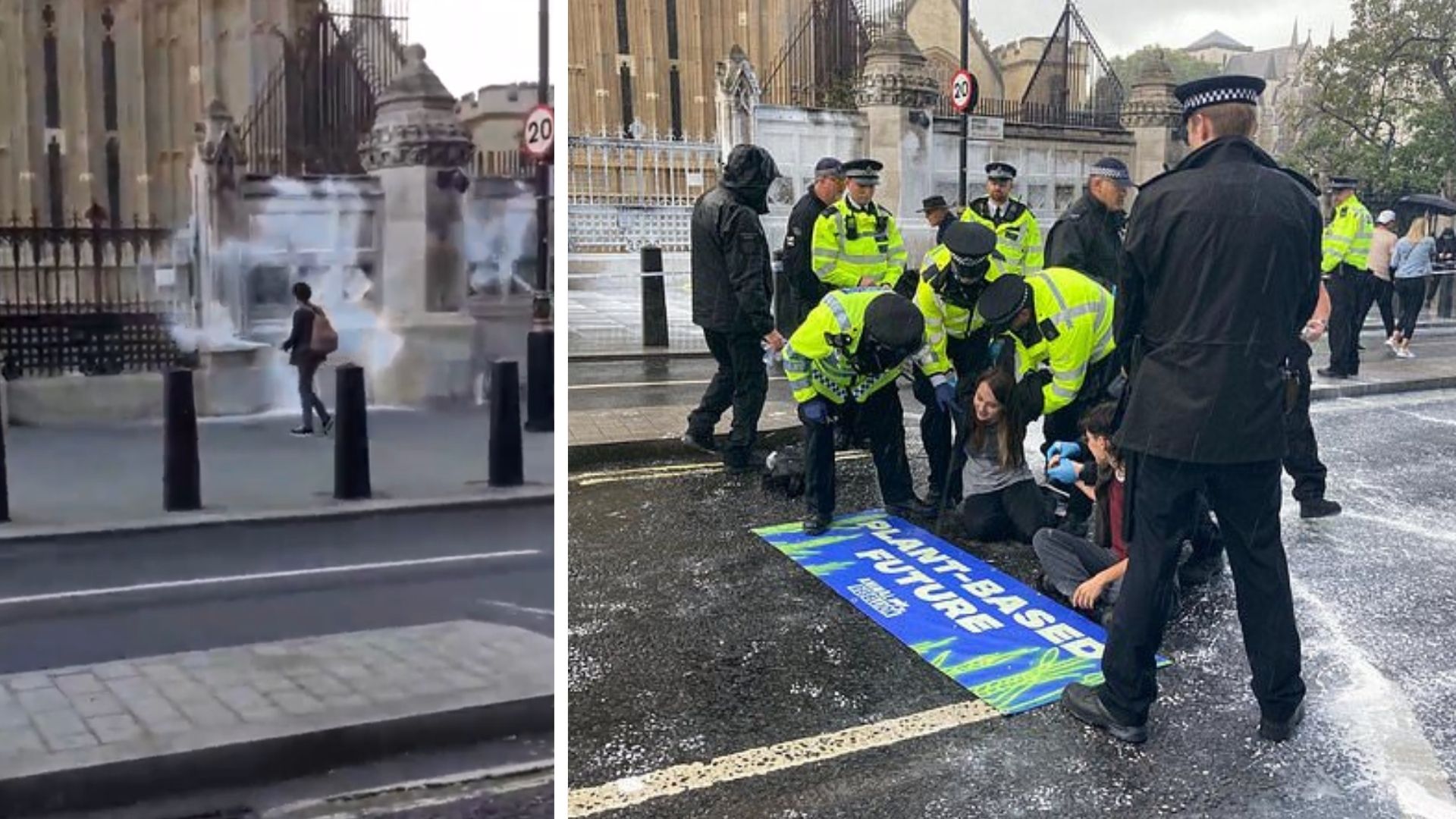 ANIMAL Rebellion protesters have been arrested after throwing white paint over the Houses of Parliament earlier today.

The Metropolitan Police said 10 members of Animal Rebellion were detained, including some who glued themselves to the pavement outside the parliamentary estate shortly before Liz Truss’s first Prime Minister’s Questions.

The group staged similar protests throughout London earlier this month.

Members chanted about dairy distribution sites in the UK at Wednesday’s demonstration.

The Metropolitan Police Events Twitter account said: “At approximately 10.50am, protesters threw white liquid over the gates and walls of Palace of Westminster, Bridge Street.

“Six people carried out sit down protest on the carriageway. Officers promptly on scene. 10 individuals arrested for criminal damage.

“Traffic has resumed to normal.”

One protester, who did not want to be named, told the Politicalite: “We just want people to listen. Liz Truss has to act on dairy farming. Climate change, which is worsened by dairy farming, is the biggest problem of our time.”

Andrew Howard, 63, a retired firefighter who travelled to Westminster from Sheffield, said: “Today’s action is a direct challenge to Prime Minister Liz Truss.

“We are calling on her to make the drastic changes that we know need to happen in order to combat the cost of living, climate and ecological crises we are facing.”

Dr Alice Brough, 31, a livestock veterinarian from Gloucestershire, said: “Liz Truss and Ranil Jayawardena’s attitude of prioritising free trade, no matter the cost, has shown shocking neglect for British farmers, and therefore the rest of us struggling with the cost-of-living crisis.”

A spokesman for Animal Rebellion later said the protest was about the farming and fishing industries as a whole rather than specifically dairy farming.