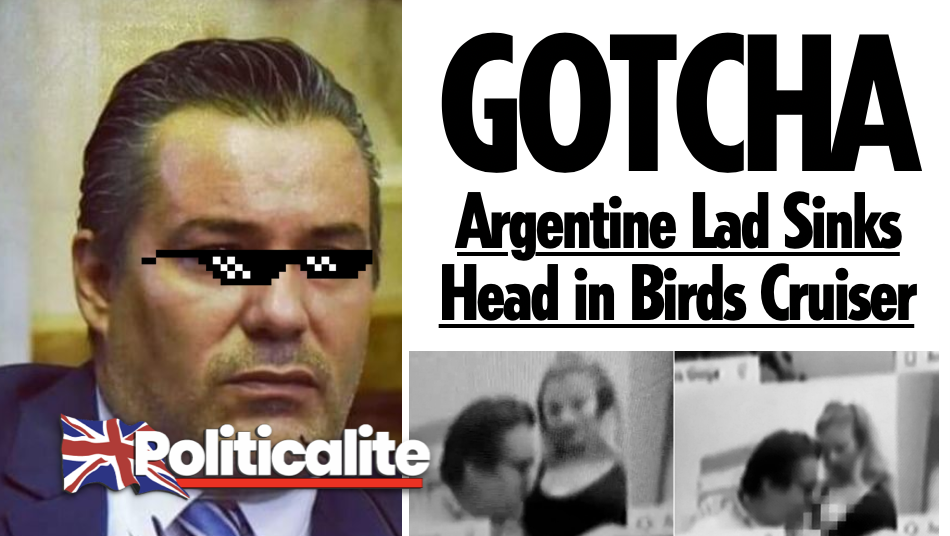 AN ARGENTINIAN Lawmaker was torpedoed from the South American nations Congress after he ‘motorboated’ his partner during a debate session.

Juan Emilio Ameri was caught on camera kissing the breasts of his partner whilst he was Zooming into the Argentine parliament, local media reports.

The controversial lawmaker from Salta sparked outrage according to the Buenos Aires Times.

Juan Juan, not the Eighties band, put on a ‘scandalous’ show for his colleagues with a step to her left breast and a flick to her right.

In the scenes broadcast live on the giant video screen installed in the Chamber of Deputies, a woman was seen approaching the legislator for Salta Province and sat on his lap.

Ameri, who said the woman was his partner, is then seen touching her body, before pulling down her top and kissing her breast.

The 47-year-old Frente de Todos deputy attempted to explain away the controversy by claiming the sexual scenes were broadcast unwittingly, saying he did not think he was connected at the time.

“I’m very ashamed, [I feel] very bad,” Ameri told Radio Con Vos in an interview. “Here, throughout the interior of the country, the [Internet] connection is very bad.”

He claimed that the session had reconnected automatically, without his knowledge.

“We were in session, [but] the Internet dropped [out]. My partner came out of the bathroom, I asked him how the prostheses were and I gave her a kiss, because 10 days ago she had a breast implant operation,” said the father of three daughters.