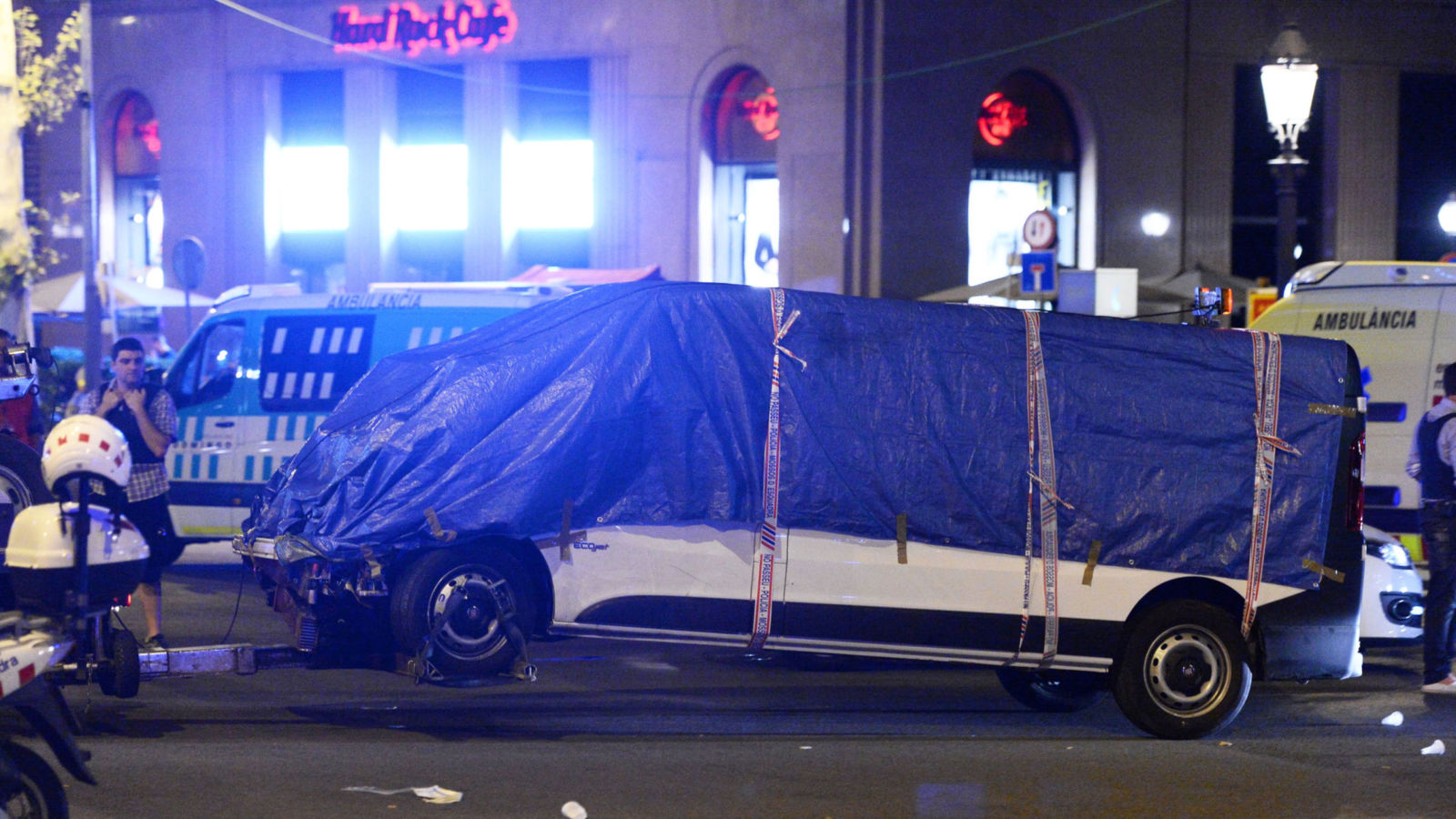 A MANHUNT is underway across Spain for the driver of the van that rammed through Barcelona’s Las Ramblas in a Terrorist Attack yesterday which killed 13 people and left more than 100 injured. 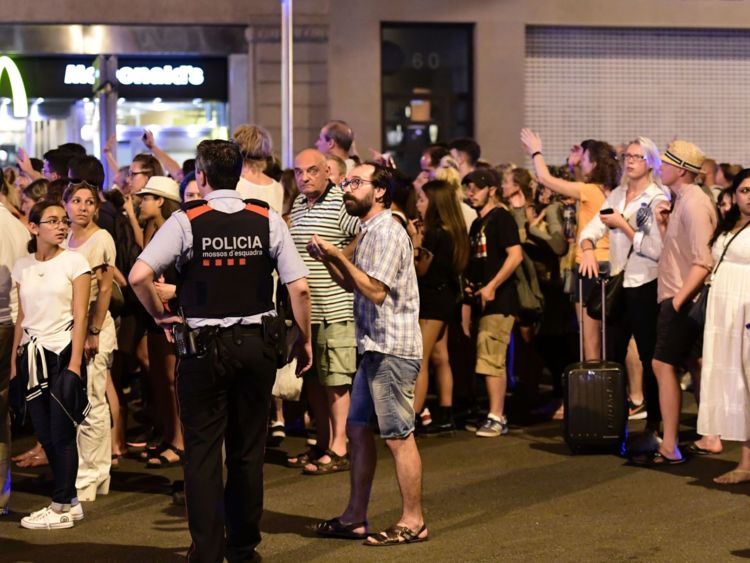 Officers in Spain’s second-largest city said the ramming on Las Ramblas was a “terrorist attack”. The driver of a van that plowed into a packed street in Barcelona is still on the run, Spanish police said. / AFP PHOTO / JAVIER SORIANO (Photo credit should read JAVIER SORIANO/AFP/Getty Images) 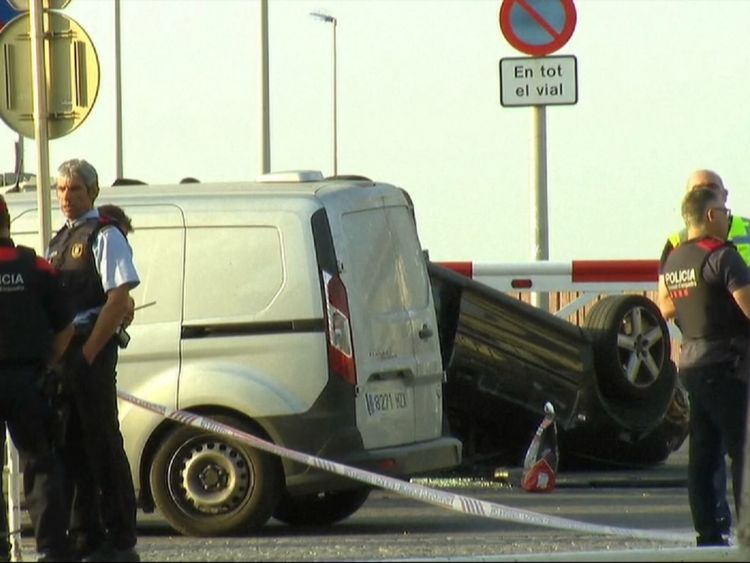 Spanish Police and security services are hunting for the driver who is believed to be unarmed.

Police have said they are looking for a man of 5ft 5ins (1.7m) in height, wearing a white shirt with blue stripes.

Spanish police have arrested THREE people related to the attack but the van driver is still at large.

The two people that have been arrested, one is a Spanish national and the other – Driss Oukabir – is Moroccan. They were arrested in Ripoll and Alcanar. 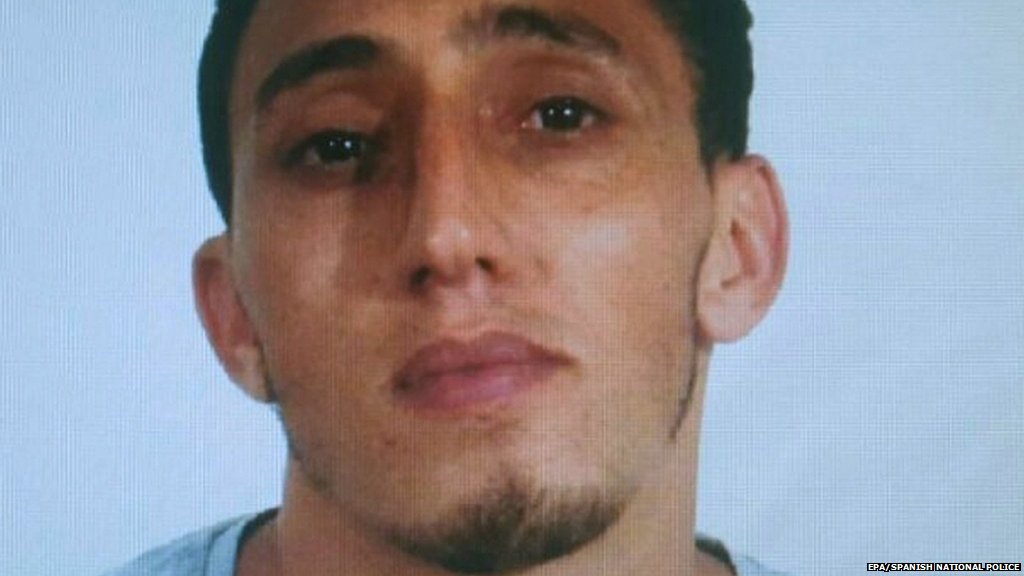 It was previously believed and reported by us that the attacker was Driss Oukabir – as his documentation was found in the van, but Spanish authorities have suggested that is not the case.

Driss Oukabir, a Moroccan national who was from Marseille, France and arrived in Spain on August 13th.

Police identified his name as having been used to rent the van. 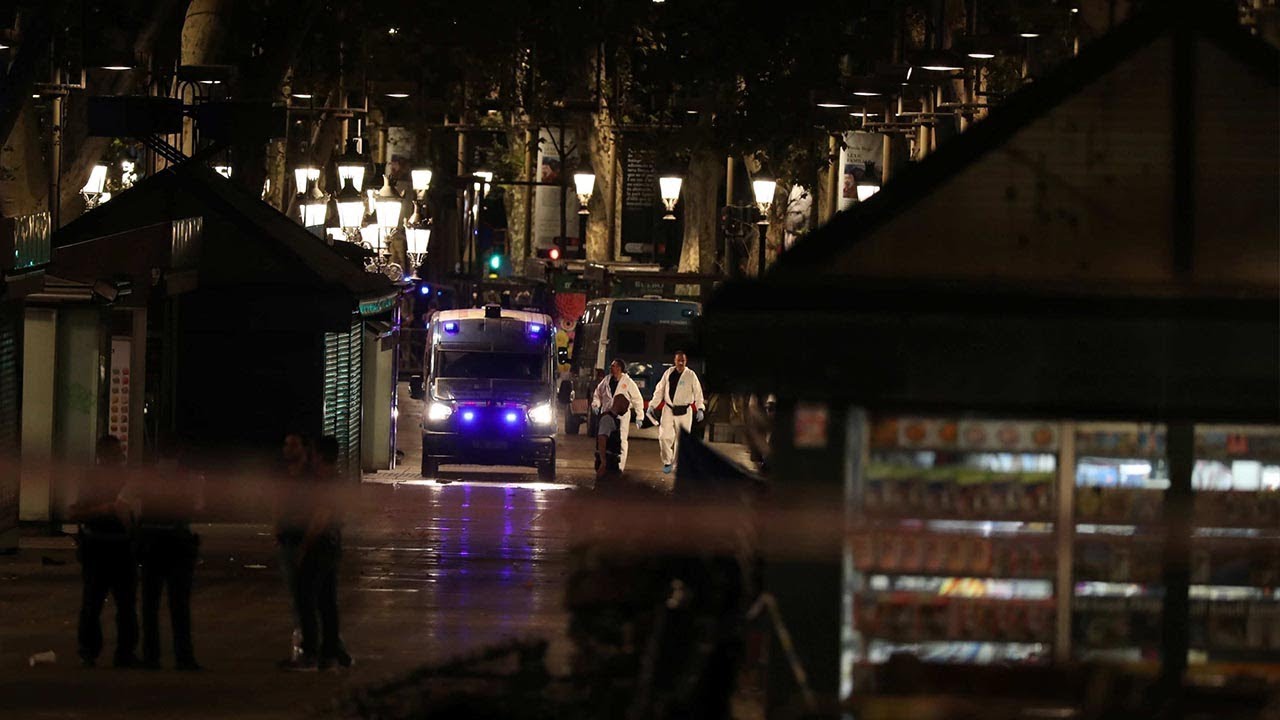 He reportedly handed himself into Spanish Police at Ripoll after he saw his photo on the news.

He claims his documentation had been stolen and that he was in Ripoll at the time of the attack.

Following the attack in Barcelona, there was a further attack in the Spanish coastal town of Cambrils.

A van was again driven at high speed at pedestrians and local media reported that 7 people had been injured with 2 being in critical condition. 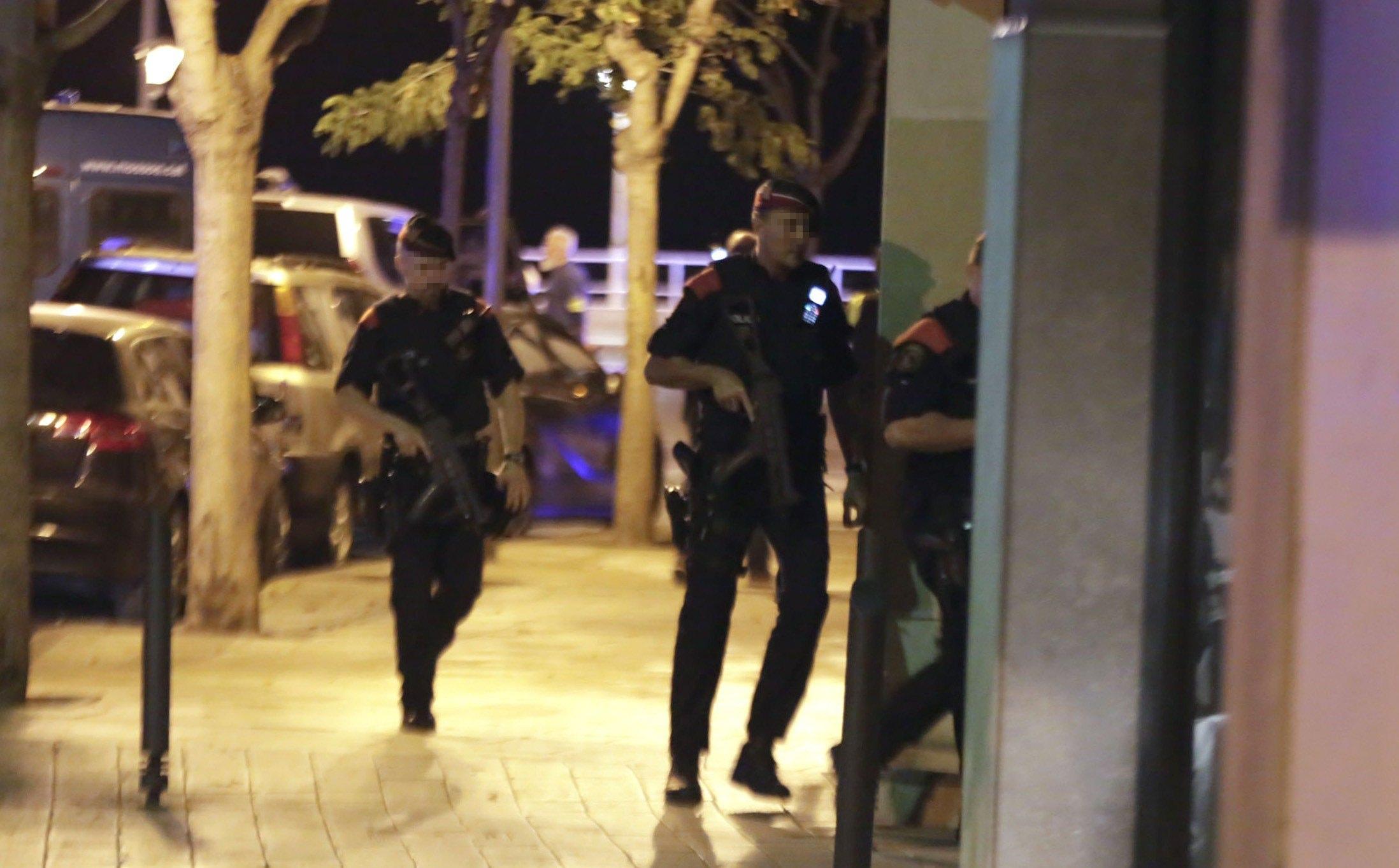 Following the attack in Barcelona, Police warned local residents in Cambrils to stay indoors whilst they dealt with an operation ‘related to the Barcelona atrocity’.

All five of the attackers who were wearing suicide vests were shot and killed and by 0200 local time, Spanish authorities said they had the situation under control.

One person was also killed and at least one other seriously wounded in an explosion that destroyed a house in Alcanar, around 125 miles from Barcelona and 55 miles from Cambrils. 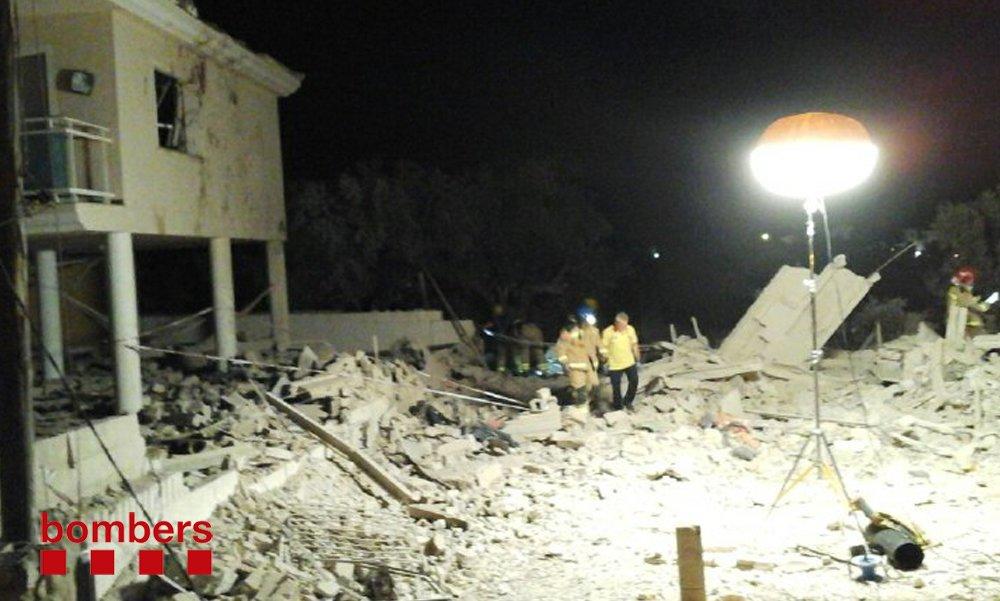