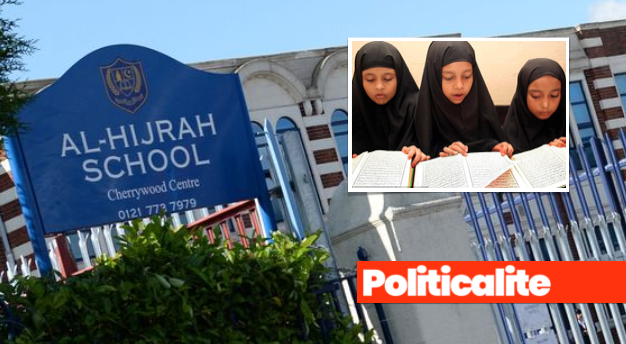 A MUSLIM School in Britain has BANNED girls from eating lunch until after the boys have finished, according to Ofsted.

The Al-Hijrah school in Birmingham unlawfully segregates boys and girls despite a Court of Appeal ban on the practice in 2017.

“Our inspectors are going out and having to make some quite tricky judgements where there are those potential clashes [between equalities laws and religious freedoms],” said Ofsted’s Luke Tryl.

“We perhaps don’t always feel we get the support we need from the rest of Government in pushing that forward.”

He added that Al-Hijrah school was enforcing a “very strict gender segregation” which included “denying the girls to have their lunch until the boys had had theirs”. “And we had some very discriminatory texts for instance, encouraging violence against women,” he said.

“Similarly other schools who have refused to teach about sexual orientation issues. We have commented on reports but we haven’t seen a change there.”

“This is where I talk about the isolation. We go out there. We make these tough decisions and we often take quite a lot of criticism for the stance we take but we don’t always see the enforcement action we would like to see.”

In 2017 local councillor, Matt Bennett called for the Al-Hijrah school to be closed.

Activist Danny Tommo said the practice was ‘totally unacceptable” and slammed the school.

Speaking to Politicalite he said: “The Muslim community are implementing their religious practices into the schooling system, this is totally unacceptable.”

“Where is the outcry over this, can you imagine if this was a non-Islamic school trying to separate boys and girls?”

“You would have hundreds of [people] protesting outside the school, Ofsted have a moral duty to make it clear this sort of behaviour will not be tolerated in the UK”