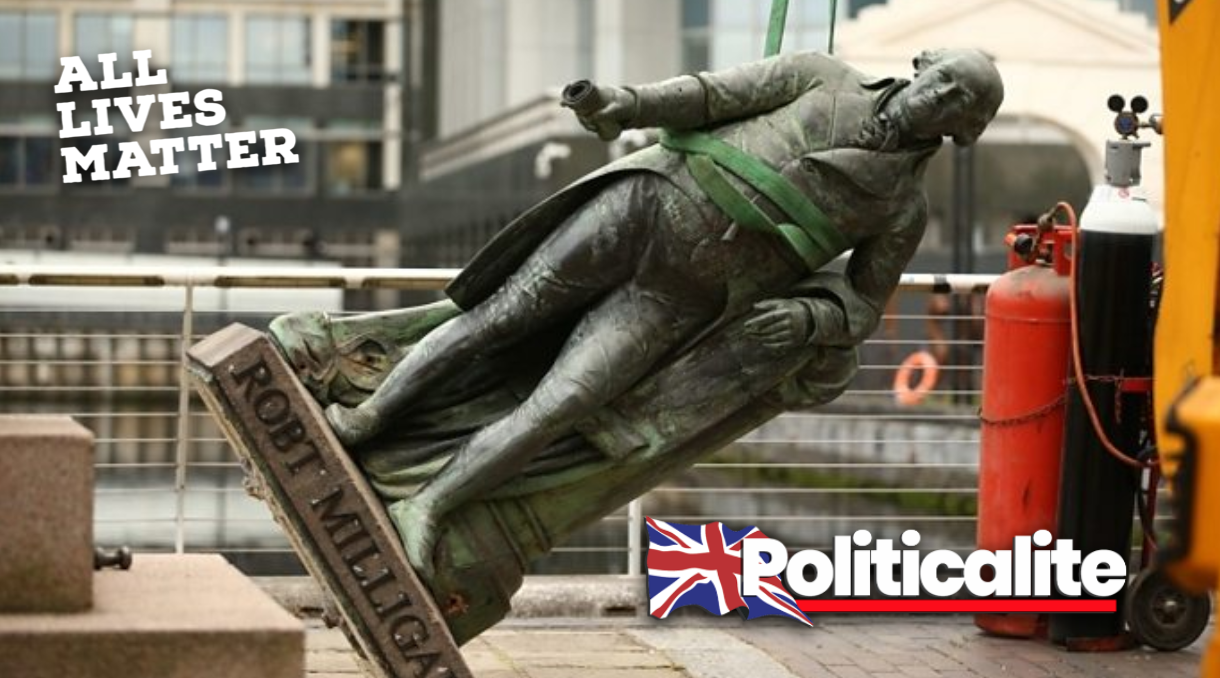 DOZENS of people witnessed the removal of the statue of Robert Milligan, an 18th century slave owner and trader, outside the Museum of London Docklands, in East London, on Tuesday. The crowd could be seen cheering as it was removed from its stand with a crane. It was reportedly taken down by the local council, Tower Hamlets.

At least 5,000 people signed a petition to remove the statue, which was put up outside the building now housing the museum at the beginning of the 1800s. Milligan had owned two sugar plantations and over 500 slaves.

The removal took place against the backdrop of major anti-racism protests in the Western world, prompted by the killing of George Floyd in the United States.

In this article:Black Lives MAtter