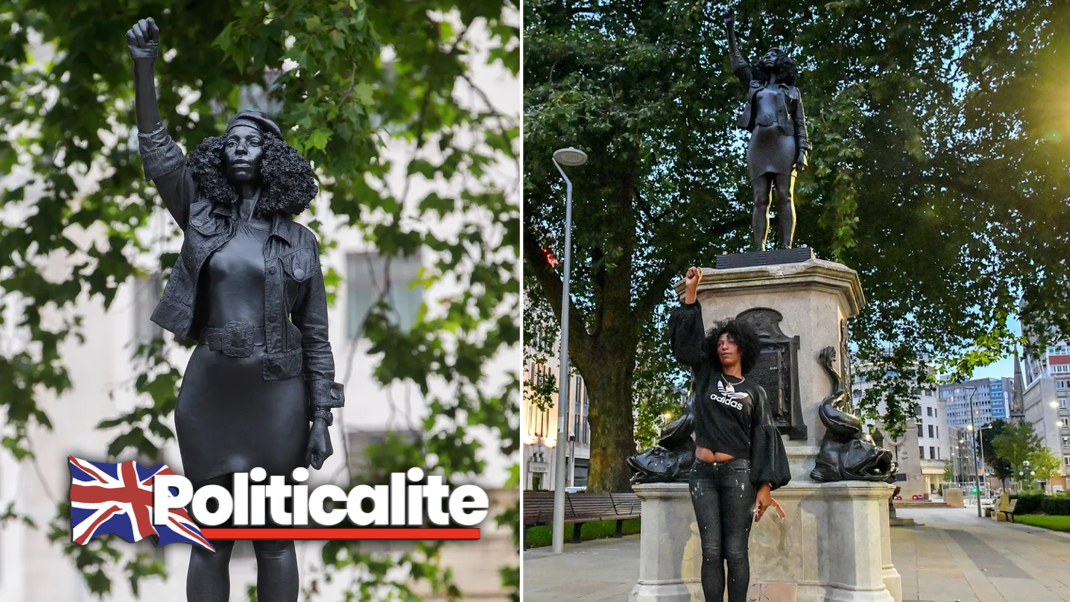 A STATUE of a Black Lives Matter activist that was placed on top of the plinth of where the slave trader statue Edward Colston used to sit will be removed, Bristol Mayor Marvin Rees has said.

In response to the illegal mounting of a statue of BLM protestor Jen Reid in place of Edward Colston’s former statue in Bristol, the city’s Labour Mayor Marvin Rees has promised to remove it, citing that it was put there ‘without permission’, and felt that the people of Bristol should decide the ‘future’ of that area.

In a statement, Rees stated that ‘I understand people want expression, but the statue has been put up without permission. Anything put on the plinth outside of the process we’ve put in place will have to be removed’. He continued, ‘the people of Bristol will decide its future’. This is coupled with a ‘history commission’ to help Bristol ‘decide on city memorials and the future of the plinth’.

In response, the original artist behind the statue – titled ‘A Surge Of Power (Jen Reid)’, named after one of the protestors who dumped the statue of Colston in to the sea at Bristol – admitted that the installation was ‘temporary’ and that ‘We have no idea how long it will be there, we don’t have any expectations. Jen and I are not putting this sculpture on the plinth as a permanent solution to what should be there – it’s a spark which we hope will help to bring continued attention to this vital and pressing issue’.

He also admitted that ‘Jen created the sculpture when she stood on the plinth and raised her arm in the air. Now we’re crystallising it’. It had been placed on Colston’s former plinth early in the morning, using two lorries and ten people, who placed it there within a 15 minute timeframe. There have been accusations that the MSM were involved, including those of the BBC and Channel 4, due to their early and detailed covered of the incident in question.