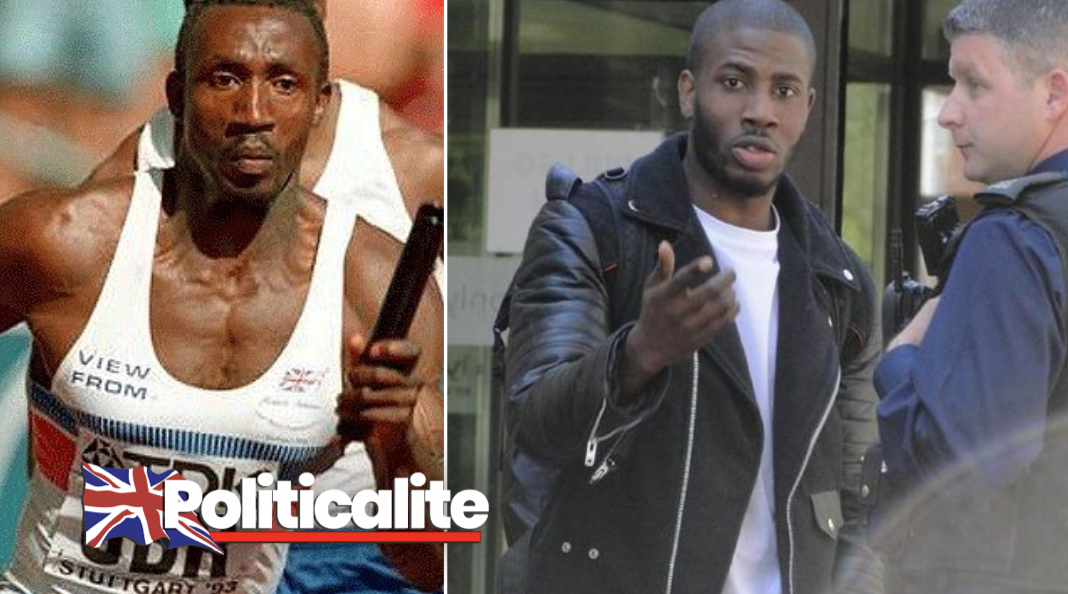 LINFORD Christie was quick to slam Met Police for stopping and searching two black athletes earlier this week, leading to the Met issuing an apology, but Christie may have had other intentions in slamming the Police.

In 2018, his son, Liam – was jailed for four years after being caught with heroin and crack-cocaine.

Liam Oliver-Christie, 33 pleaded guilty to possessing crack cocaine and heroin with intent to supply and had previous drug convictions.

Linford Christie won gold for Great Britain in the 100m at the 1992 Olympic Games in Barcelona and was also victorious in the event at World, European and Commonwealth championships.

He called on the Met chief, Cressida Dick, “or anyone else” to justify the officers’ conduct when stopping and searching Ricardo dos Santos and Bianca Williams.

“Was it the car that was suspicious or the black family in it which led to such a violent confrontation and finally an accusation of the car smelling of weed but refusing to do a roadside drug test?” he wrote.

“This is not the the first time this has happened (second time in two months). And I’m sure it won’t be the last, but this type of abuse of power and institutionalised racism cannot be justified or normalised any longer.”