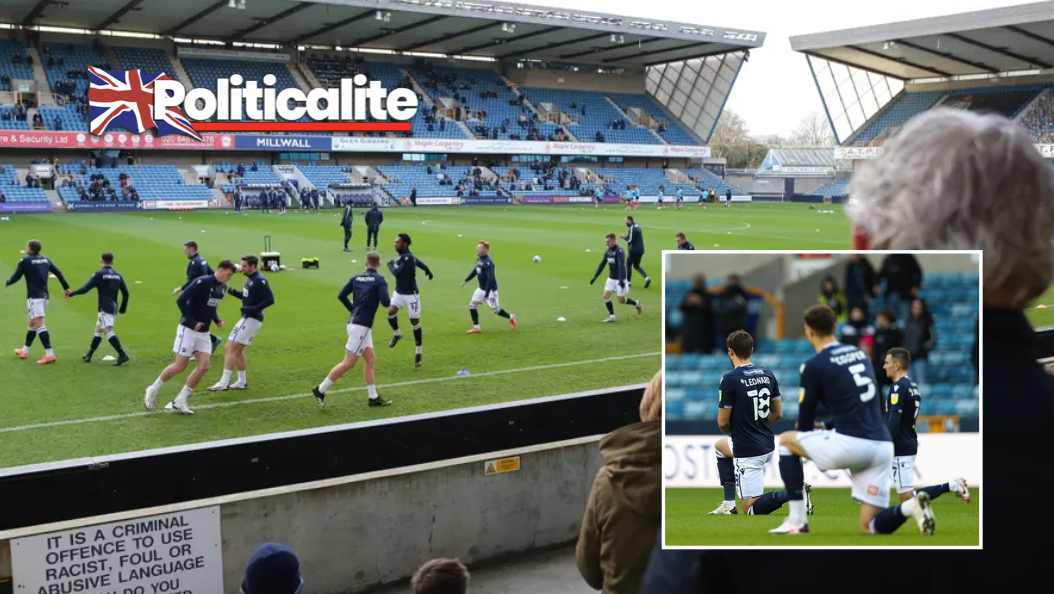 MILLWALL supporters booed when players from both sides took a knee before the Sky Bet Championship match, which Derby won 1-0.

The Den was able to host 2,000 fans with London placed in tier two of the current system of coronavirus restrictions, but the return of spectators was overshadowed by the pre-match incident.

Fans were back at The Den for the first time since February 29, but their long-awaited return was quickly mired in controversy. In footage seen on social media, booing from the stands is clearly heard after referee Darren England blows his whistle for the players to take a knee, a gesture used to show support for Black Lives Matter.

Millwall manager Gary Rowett, who saw Jason Knight grab Derby’s winner, expressed his disappointment at the incident, but said his players were concerned that taking the knee was in danger of becoming an empty gesture.

He said: “The players have released a statement together and said they don’t support it [taking the knee] as a political message but support anti-discrimination.

“Moving forward, like a lot of clubs, they would prefer not to take the knee and actually enact change.

“They want to be proactive rather than it being a gesture which a lot of clubs are now saying is perhaps empty.

“That’s not my consideration, but they now feel that gesture is in danger of being empty.”