MONSTER: Migrant 'Drugged' and RAPED Boy, 15 After 'Befriending' Him 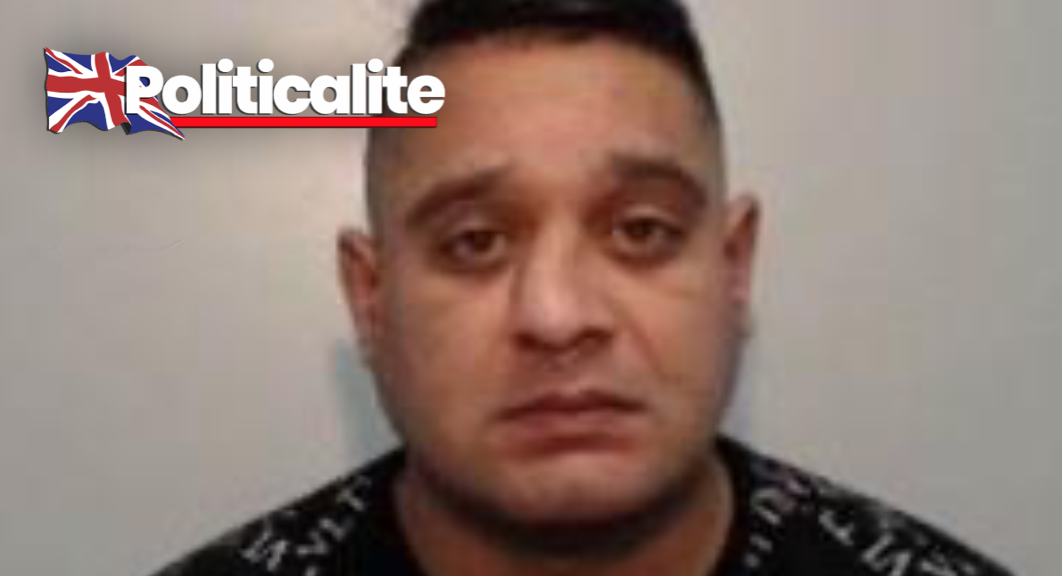 A VIOLENT Thug with 117 offences for theft and violence has been jailed after he attacked his former girlfriend.

Tabassam Anwar broke the nationwide Coronavirus lockdown and a restraining order and attacked his former partner.

The beast locked his ex in her in her flat and beat her and ripped out her hair.

Anwar, 34 from Bolton pleaded for leniency but a Judge told him a probation report about him was one of the worst he has ever seen and jailed him for just 16 months.

The court heard how Anwar had only been released from prison a few days before he met up with his ex.

Simone Flynn, prosecuting, told the court how Anwar and his victim had been in an on/off relationship for three years, during which he was convicted of attacking her and a restraining order, banning him from contacting her, was made in January last year.

“Both parties met up with the complainant’s brother at a house,” the court heard.

“They remained at that house during the course of the evening.”

Anwar and the woman then went to her home in Kearsley.

“Anwar stayed the night but at 11 am the next day he left saying he was going to the shop.”

“However, he didn’t return and he also took the flat key with him so, effectively, she was locked in her own flat,”

Five hours later he rang to say he was not coming back, but then at 7.15 pm he returned and an argument began.

The prosecution added that, soon afterward, the woman’s friend knocked on the door but Anwar would not let his former partner open it.

“She describes how he doesn’t like her talking to anybody else,” said Miss Flynn.

Anwar grabbed her by the throat and pinned her up against the living room wall before releasing his grip and slapping her face.

“He then pulled a chunk of hair from the side of her head out,” said Miss Flynn, who added that the woman was also left with a bruised leg and a possible broken toe.

He left and police were called, but while officers were at the flat Anwar phoned her.

Miss Flynn said: “She put the phone on loudspeaker and the defendant was heard to shout abuse at her saying, ‘What have you done you stupid white b***h? I will slit your throat.’”

In a victim statement, the woman told the court how Anwar emotionally abuses and manipulates her.

“He knows I love him and wouldn’t say no to him,” she stated.

“I do not deserve to be treated like this. I do not want to see him ever again.”

The court heard that Anwar has convictions for 117 offences including for theft and violence.

Anwar pleaded guilty to causing actual bodily harm and breaching a restraining order and he was sentenced via a Skype video conferencing hearing.

The court heard how Anwar had probation report written about him that was “pretty damning.”

Sentencing Anwar at Bolton Crown Court, Judge Smith told the thug it was the third time that he had breached the restraining order not to contact the woman.

“You had only been released [from prison]a few days earlier when you breached the restraining order again on this occasion,” said Judge Smith.

“You were also in breach of your post-sentence supervision and, as it happens, you were in breach of the Government’s lockdown requirements as well. You should never have been at the property for that reason in addition.

“Probation are very concerned about your rate of violence and the fact that you use control over vulnerable victims.”

Parts of this article courtesy of Bolton Evening News –  Please Help Support Local News By Donating or visiting the website.