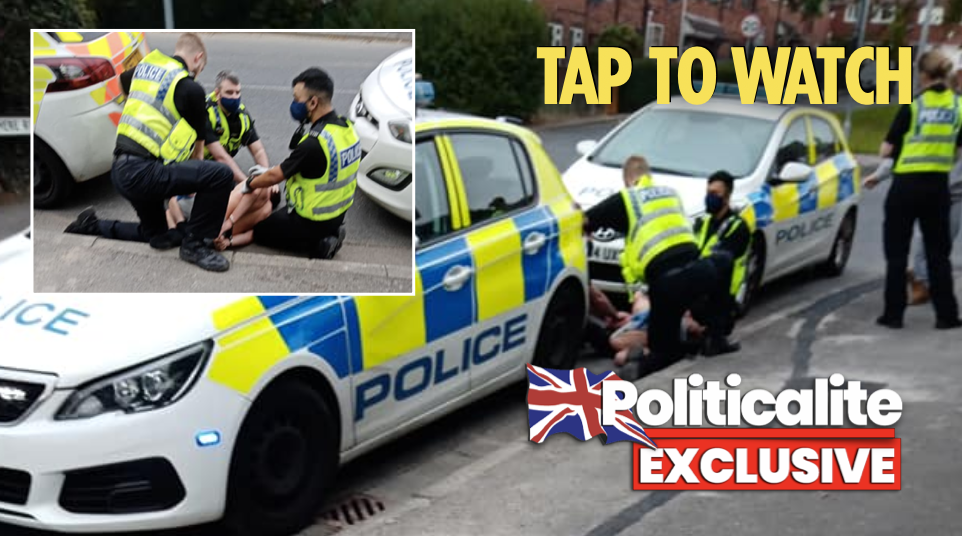 A POLICE officer was punched and later threatened with having his “piggy nose” wiped off and his “throat slit” as he detained a man in Bolton, England.

In shock footage posted on social media, the man – who cannot be named for legal reasons – told a Police officer he would “wipe off his piggy b*stard nose” off and “slit his throat”.

Whilst the man, who has a string of convictions, was being detained by FIVE coppers for allegedly threatening someone who “owed him money” – the male was asked by a female cop if he had any bladed weapons on him. 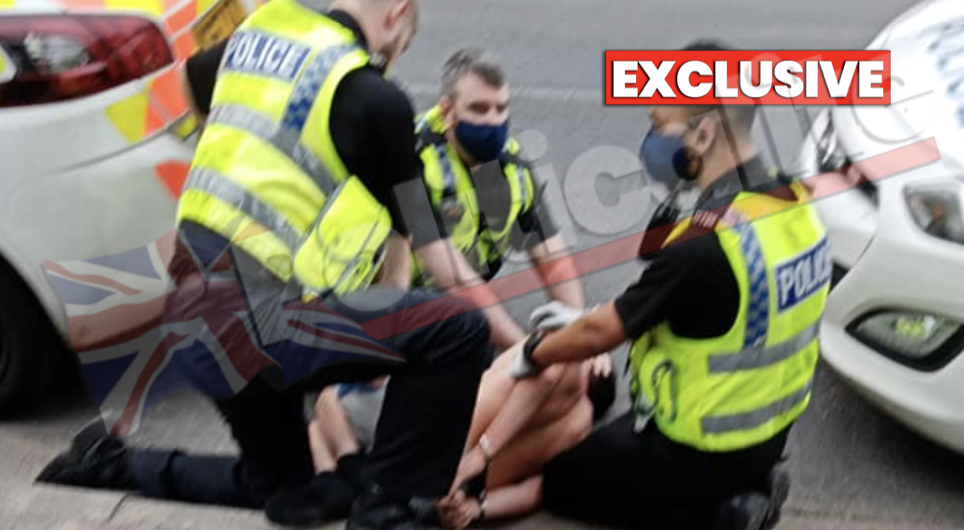 He repsponded: “Yea, i’ve got one in my pocket … I’ve got a Stanley Knife… I’ll slice your throat!”

“Do you know when I get out of this and you turn up at court.. I’m gonna slice your face” added the male being apprehended. 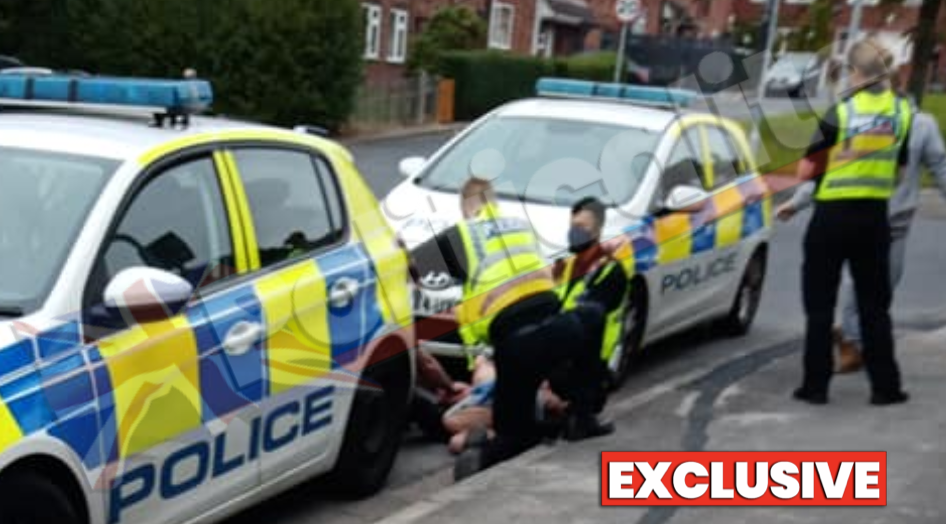 “Put that on me charge sheet yea!”

He was later taken to the cells and is expected to appear in court soon.

The incident which occurred in the Farnworth area of Bolton shows the abuse Police officers face daily across the UK.

An ex-copper told Politicalite that the incident was “nothing out of the blue” and said that brave coppers across the UK face such threats on a daily basis.”

“It’s part of the job,” said the source who reviewed the footage for Politicalite.

According to figures obtained by Sky News Police officers in the UK have seen a rise in violence with approximately 28 attacks a day occurring on officers as a crime epidemic sweeps the UK.

All recorded assaults on officers have risen by around 18% in the 12 months to March 2019 compared to the preceding year.

Officers were victims of 10,399 alleged assaults that caused injuries last year, which is up 32% from 7,903 recorded in 2015-16, according to the Office for National Statistics (ONS).

There were a further 20,578 reported assaults on front line officers who were not injured in the attacks.

Greater Manchester Police declined to comment on the video.