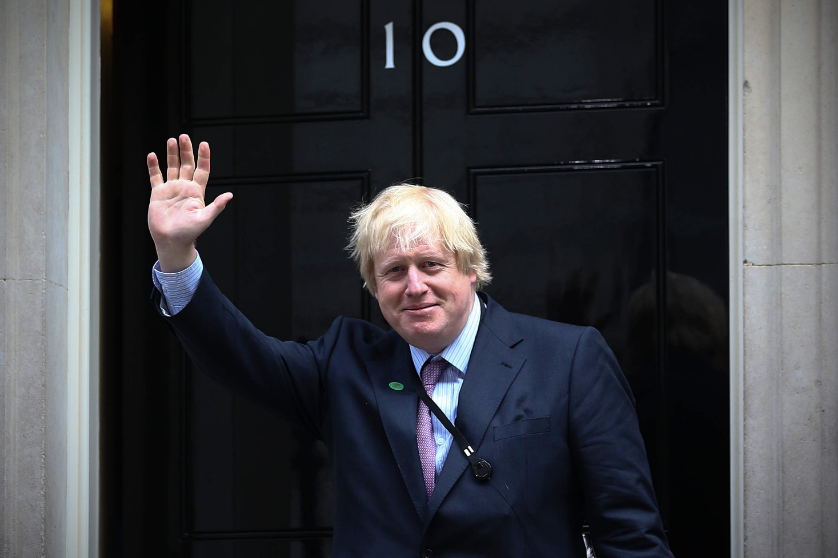 BORIS Johnson launched his campaign to become Tory leader and Prime Minister today, and Politicalite backs the man (not the party) whom we feel with full conviction is the only one with the guts and gusto to deliver Brexit for Britain and stop a far-left Labour Government led by Jeremy Corbyn.

We’ve had three years of turmoil under remainer Theresa May and her dastardly soft Brexit plan. Thankfully, however, the dark days of May’s rule will soon be over and Britain can start to see the shining light at the end of the tunnel.

Britain doesn’t need another remainer – We need a real Brexiteer like Boris as PM to steer Britain to its greatest potential; free, prosperous, and putting an enterprising Briton first.

Boris was not afraid to use those ‘dirty’ words Free Market Capitalism and to back Britain’s wealth creators from all walks of life – echoing the classless rhetoric of the Tories’ greatest election winner Margaret Thatcher who returned Britain to prosperity in the 1980s and early 1990s.

Britain is ready for its next ‘big bang’ – this time a Brexit Bang that will jolt our economy and make our country great again. 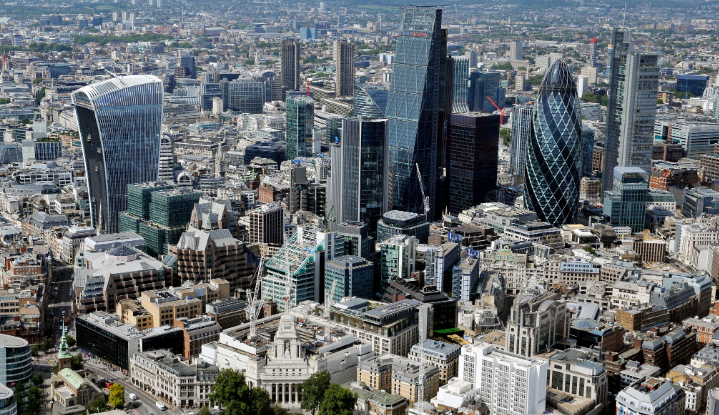 Just like the Iron Lady, Mr Johnson took on Europe. He said he would take a firm EU stance on the Withdrawal Agreement and said that No Deal would be in the table if negotiations fell through, but said he wanted to leave the bloc with a deal.

Boris also promised to end the “morass” over Brexit and signalled that Britain would leave the EU at the end of October to prevent the mood of “disillusion, even despair” in the country from spreading. 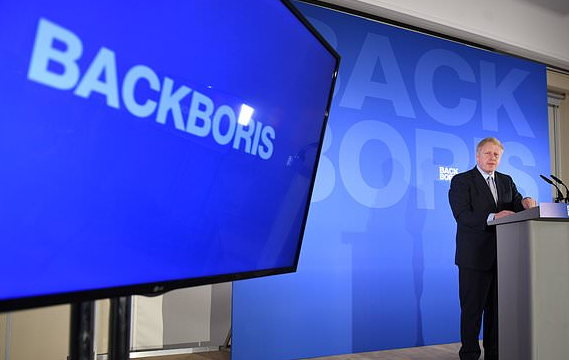 Today we saw a more refined, more well-polished leader in the blonde-mopped loveable rogue. This was the focused Boris, the ‘I’ve taken my ADHD tablets today and will continue to do so’ Bozza; a perfect balance of serious and determined with a dash of the cheeky rascal spirit that many have grown to love over the years.

He is also completely, unequivocally correct in his stance on Brexit and what must be done to break the deadlock, hammering the nail firmly on the head when he states that the only way to heal the divisions that Brexit disagreements and Theresa May’s disastrous, tediously frustrating longing-out of our departure from the EU – even perhaps unwillingness, inaction, and incompetence – is to simply GET ON WITH IT. Deliver what the majority of the people voted for, march forward, united, and leave the grumbling behind us.

He also wasn’t wrong when he spoke of the dire consequences we face if we don’t do exactly that; not least of all to both the Tory and Labour parties – sending a subtle message to Corbyn’s side of the house of Commons for MPs to get on-board and back a REAL Brexit for the sake of the nation and the government’s future prosperity. 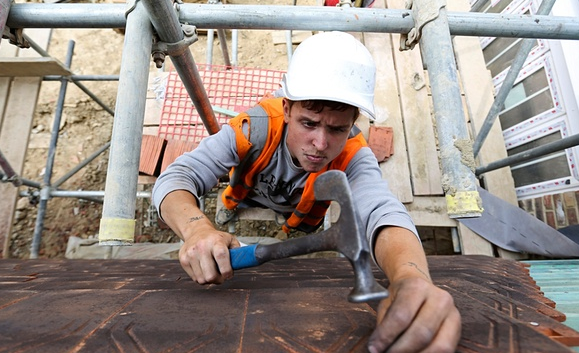 Mr Johnson, answering a question about his commitment to Brexit, added: “The real existential threat that I now think faces both parties if we fail to get this thing done. And I think that in the end maturity and a sense of duty will prevail.

“It will be very difficult in the end for colleagues in Parliament to obstruct the will of the people and to block Brexit.

“They (the public) returned a very clear answer by a substantial majority.

“I think if we now block it collectively as parliamentarians we will reap the whirlwind and we will face mortal retribution from the electorate.” added Bojo.

He added: “I am not going to pretend to you now that everything will be plain sailing.

“There will be difficulties and there will be bumps in the road, but my team will hit the ground running.

“A sensible, orderly Brexit that allows this country to flourish as a great, independent nation.” 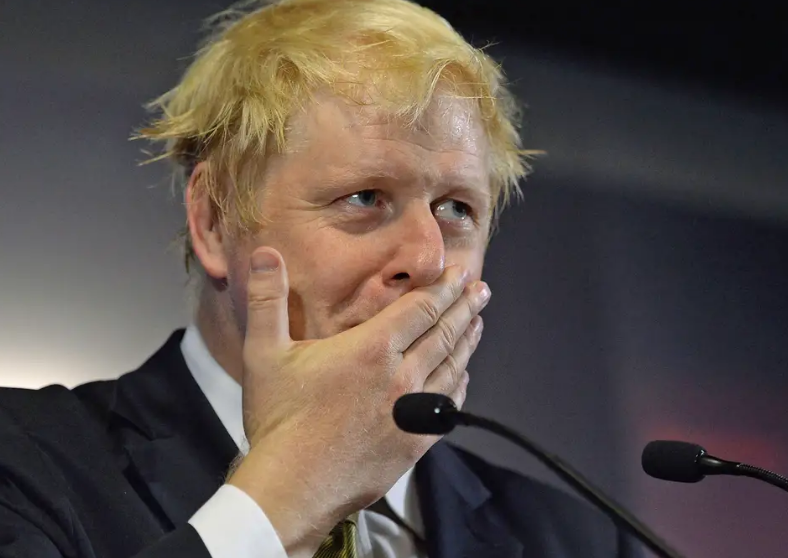 Asked about a previous confession that he had taken cocaine at university, Mr Johnson said: “I think the account of this event when I was 19 has appeared many, many times.

“I think what most people in this country want us to really focus on in this campaign, if I may say so, is what we can do for them and what our plans are for this great country of ours.” 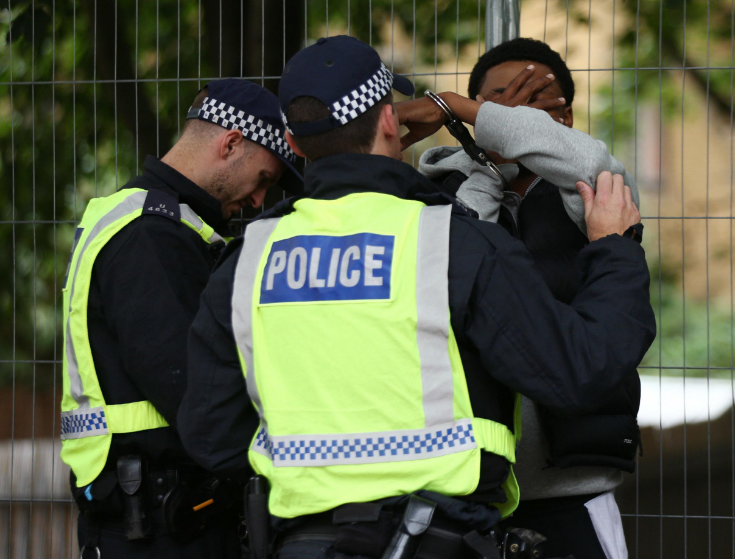 TOUGH ON CRIME: Boris Said He Backs Stop and Search

Boris also defended stop and search policies, and said his record as mayor of London made him suitable to be the next prime minister.

Mr Johnson said: “It was terrible. We had kids losing their lives in our city at a rate of 28-30 a year, teenagers were being stabbed to death in London. We had to take some very tough decisions.”

He added: “I believe, frankly, there is nothing kinder or more loving that you can do if you see a young kid coming down the street who may be carrying a knife, than to ask him to turn out, or her, almost invariably him, to turn out his pockets and produce that knife.

“That is not discriminatory, that is a kind, compassionate, loving thing to do. And it worked.

“We ended up, as I said just now, we ended up cutting serious youth violence by I think 32%. Knife crime went down, the murder rate went down.”

Boris also refused to apologise for his ‘Burka Letter Box’ comments he made last year, he was challenged by Sky’s resident political activist Beth Rigby.

Boris said: “I want to make a general point about the way I do things and the language I use.” 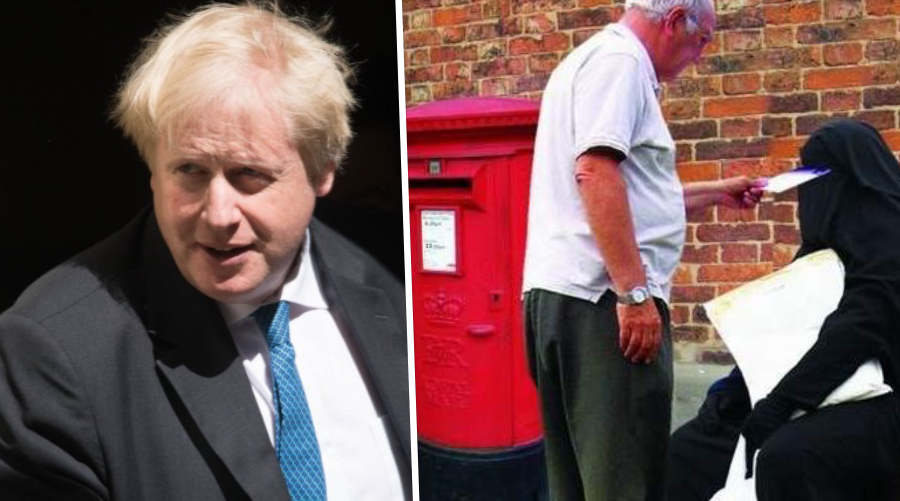 “Occasionally some plaster comes off the ceiling as a result of a phrase I may have used, or the way that phrase has been wrenched out of context by those who wish for reasons of their own to caricature.”

“But I think it’s vital for us as politicians to remember that one of the reasons that the public feels alienated now from us all as a breed, is because too often they feel that we are muffling and veiling our language, not speaking as we find – covering everything up in bureaucratic platitudes, when what they want to hear is what we genuinely think.” 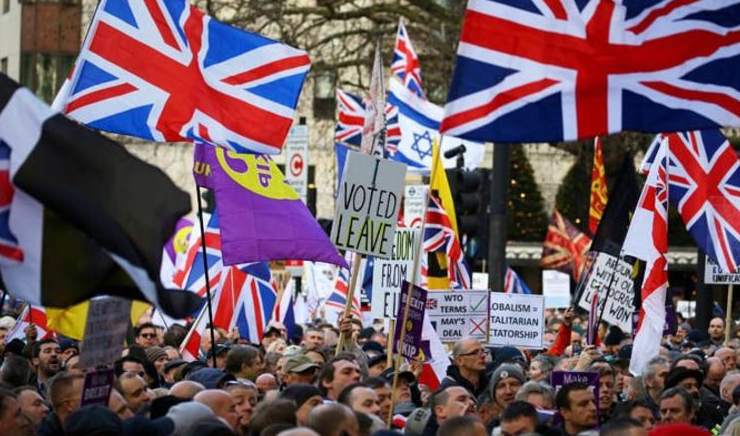 ALIENATED: Boris Recognised that ordinary Britain is disconnected with the Westminster Elite.

Ending his speech, Mr Johnson said: “To sum up my mission in a sentence: what I want to do now, with your help, is to do for the whole country what we did in London – releasing the creative energies of our country and its people and healing its divisions.” 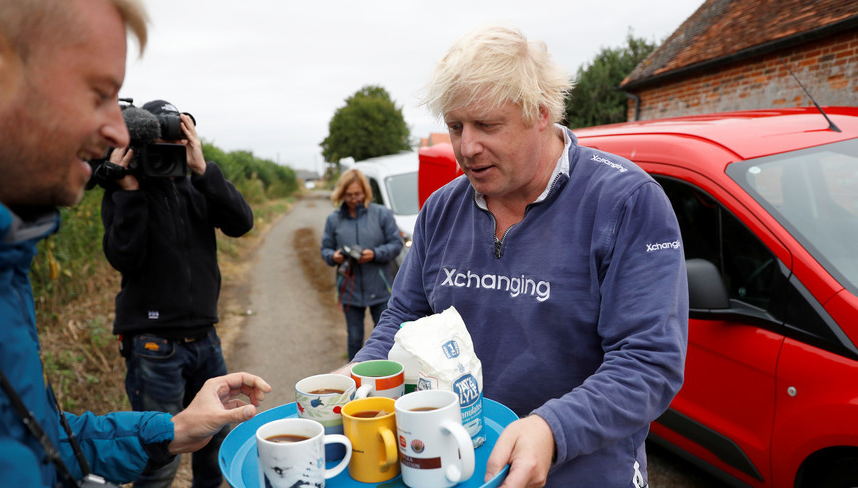 He said: “We can fight for the teachers, and the nurses and the firemen, and the armed service personnel, and the police, precisely because we are willing to encourage the tech wizards and the shopkeepers and the taxi drivers and, yes, the bankers as well.

“We enable the extraordinary success of our private sector with a strong, committed, passionate, well-funded public sector.” 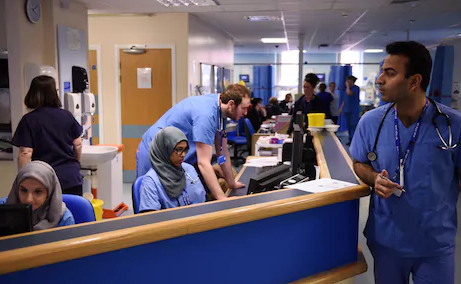 “It is that synergy, that symbiosis, that sizzling synergy, that is so fertile in generating further economic growth, that is the formula, that is the way we will bridge the opportunity gap and bring the country together, responding to the mighty plea of the majority of our people for fundamental change.”

Mr Johnson said: “In everything we do, we will seek to strengthen the union of our four nations… that invincible quartet, the awesome foursome that makes up the UK – the world’s soft power superpower.

“And I have seen across the world in our armed forces, in our diplomacy, our sheer cultural impact, how we are so much more than the sum of our parts.”