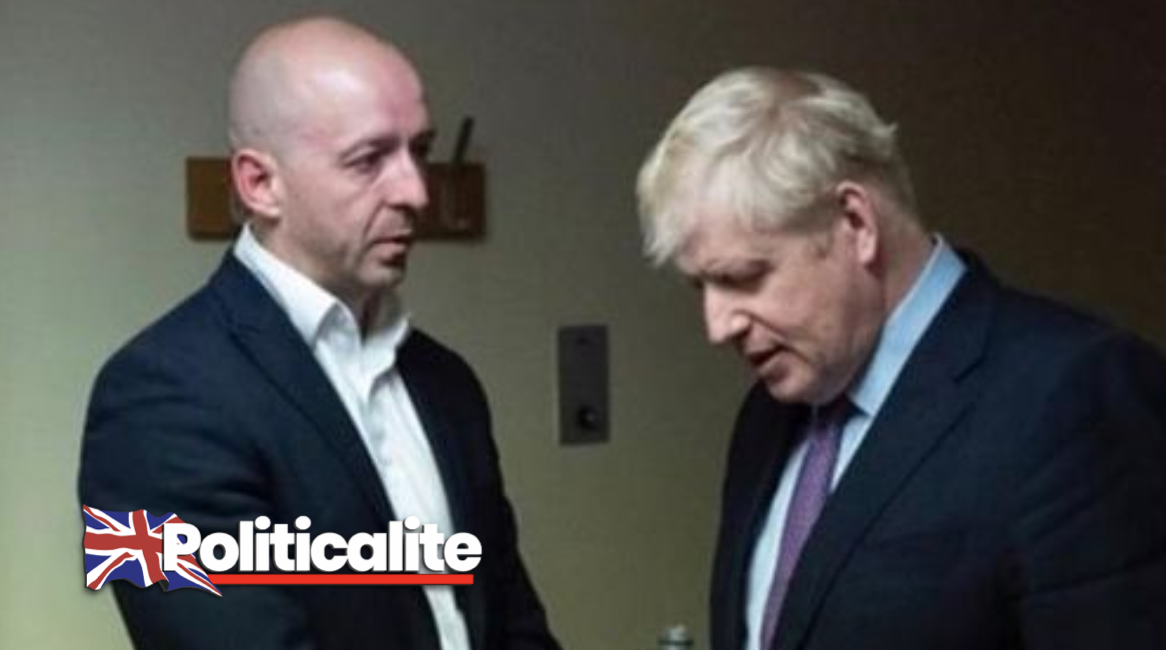 In a statement the former journalist said that after “careful consideration” he had decided to leave No 10 at the end of the year.

The shock move comes less than 24 hours after it was reported that he was to be promoted to the key position of the Prime Minister’s chief of staff.

Mr Cain was a close ally of Dominic Cummings, Mr Johnson’s chief adviser, having worked with him on the Brexit campaign.

The appointment was seen as consolidating the former Vote Leave team’s grip at the top of Downing Street.

However it provoked an immediate backlash with Mr Johnson’s fiancee Carrie Symonds reportedly opposed to the move.

In a statement announcing his resignation, Mr Cain said he was leaving despite having been offered the chief of staff post.

“After careful consideration I have this evening resigned as No 10 director of communications and will leave the post at the end of the year,” he said.

“It has been a privilege to work as an adviser for Mr Johnson for the last three years – being part of a team that helped him win the Tory leadership contest, secure the largest Conservative majority for three decades – and it was an honour to be asked to serve as the Prime Minister’s chief of staff.

“I would like to thank all the team at No 10 – including the many unsung and incredibly talented civil servants – for their hard work and support during the last 18 months.

“And most of all I would like to thank the Prime Minister for his loyalty and leadership.”

In response, Mr Johnson paid tribute to Mr Cain’s “extraordinary service” to the Government over the past four years.

“He has been a true ally and friend and I am very glad that he will remain director of communications until the new year and to help restructure the operation,” he said.

“He will be much missed.”

After the 2016 referendum, Mr Cain joined Mr Johnson as a special adviser when he was made foreign secretary by Theresa May.

He stuck with Mr Johnson when he quit two years later over Mrs May’s proposed Brexit deal and worked on his campaign to succeed her as Tory leader.

There was speculation Mr Cain could be followed out of No 10 by Mr Cummings.

As Mr Johnson’s top adviser – who was brought in when he became Prime Minister last year – Mr Cummings has been seen as the pivotal figure in Downing Street.

However his abrasive manner and open contempt for MPs has earned him many enemies in Whitehall.

Mr Cain’s departure comes amid growing unhappiness among Conservative MPs at the performance of No 10 and its handling of the coronavirus outbreak.

Sir Geoffrey Clifton-Brown, a senior member of the influential Tory backbench 1922 Committee, said Mr Johnson needed someone who could act as a link with the party in Parliament.

“I think it is essential for the Prime Minister to have a chief of staff – somebody we can get hold of if we really need to,” he told the PA news agency.

Labour Sir Keir Starmer said that on the day official Government figures showed coronavirus deaths had passed 50,000, Downing Street should be focusing on getting the disease under control and not internal power struggles.

“I think on the day when we’ve reached this grim milestone in relation to the number of people who have died from Covid-19, the idea of power struggles going on behind the doors of No 10 is not what the public want to hear,” he said.

“They want to know that everybody in No 10, everybody in Government, is focusing on getting the virus under control.”