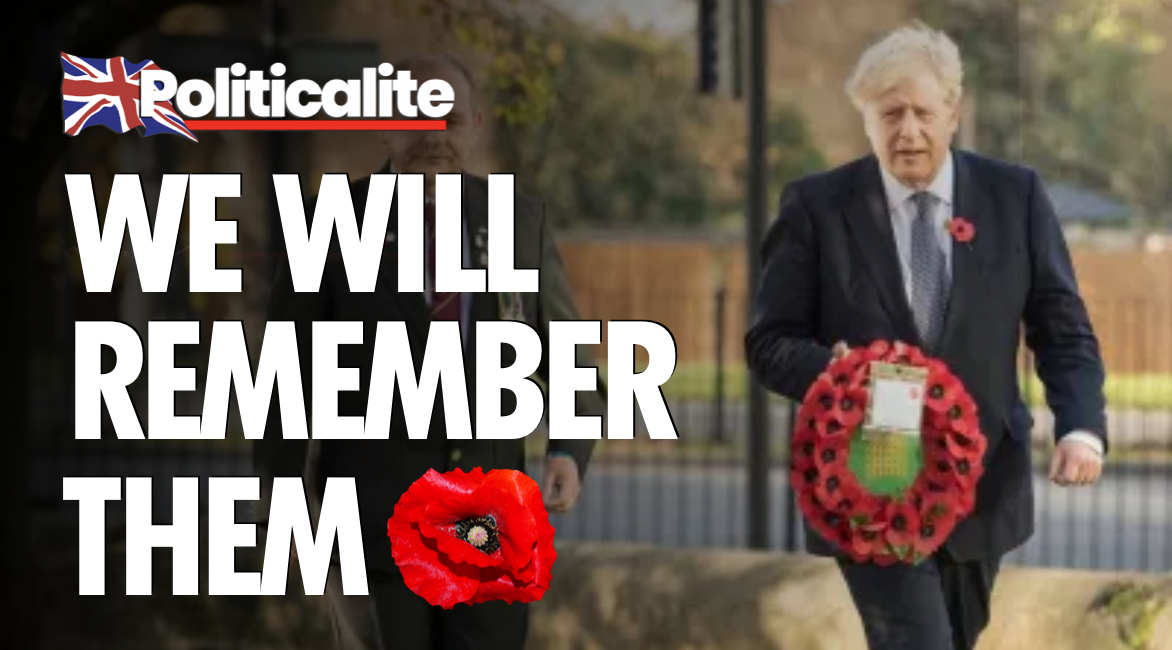 BORIS Johnson has laid a wreath in his constituency as the country prepares to mark Remembrance Sunday differently this year.

The Prime Minister paid his respects to the war dead at Uxbridge War Memorial in west London at a low-key event on Saturday.

With social distancing restrictions in place across the UK and a full lockdown in England, the UK Government has encouraged councils to ensure remembrance services are short, entirely outdoors and held in front of limited numbers.

But, despite allowing open-air services, the Government has stressed to event organisers that the public should be discouraged from attending in person.

The guidance states: “Members of the public are legally permitted to stop and watch the event as spectators, but event organisers should take reasonable steps to discourage the public from attending events, and be mindful of the risk that such events pose, especially to veterans, who are often elderly.”

“Where members of the public do attend, they must only attend the event with their own household or those in their support bubble, or one other person (children under school age, as well as those dependent on round-the-clock care, such as those with severe disabilities, who are with their parents will not count towards the limit on two people meeting outside) and observe social distancing rules.”

Churches in England, while allowed to remain open for private prayer, cannot host services due to a ban on communal worship during the four-week lockdown to tackle the spread of coronavirus.

Event organisers in some parts of the country are replacing the usual parades and public commemorations by asking people to pay their respects on their doorsteps in order to minimise the risk of spreading Covid-19.

The Royal British Legion is encouraging people to download a poppy and donate online after announcing that “for the first time in poppy appeal history there will be no collectors on our streets”.

BBC One will air a Festival of Remembrance on Saturday evening, which will include participation from Captain Sir Tom Moore following his fundraising exploits for the NHS during the spring lockdown.