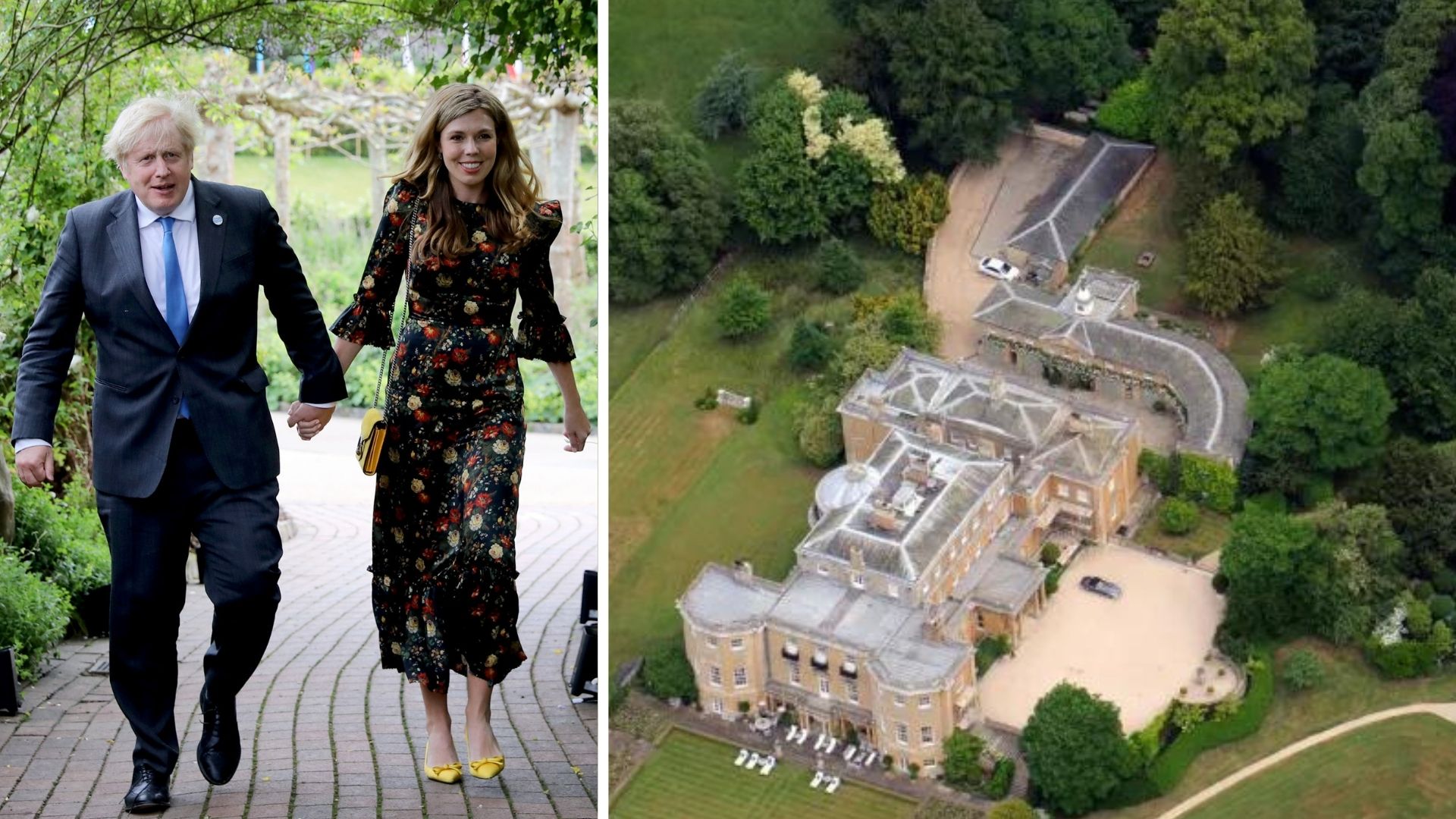 OUTGOING Prime Minister Boris Johnson and his wife Carrie Johnson are set to hold a wedding bash at the grand Cotswolds estate of a major Tory donor.

They will celebrate their nuptials on Saturday with family and friends at the 18th-century Daylesford House.

A huge white marquee topped with bunting has been erected in the property’s landscaped grounds in Gloucestershire.

Staff were this week seen going in and out of the venue amid apparent party preparations.

Guests will be able to relax on hay bales and benches placed outside the tent and eat and drink at casks and small tables as they enjoy views across vast meadows and orchards.

Mr and Mrs Johnson had originally been planning to throw their wedding party at the Prime Minister’s official country residence, Chequers, in Buckinghamshire.

The couple married in a low-key private ceremony at Westminster Cathedral last year, organised in secret, in front of a small group of family and friends.

This was followed by a reception in the gardens of 10 Downing Street with a limited number of guests due to coronavirus restrictions.

It was known Mr and Mrs Johnson planned to have a larger celebration this year after the restrictions had been relaxed.

Billionaire Lord Bamford is covering at least some of the cost of the party, the Mirror reported, quoting unnamed sources.

It is not the first time Mr Johnson, who has been married twice before, has benefited from the JCB chairman’s backing.

The Tory peer supported his 2019 leadership bid, with Mr Johnson knocking down a wall with a JCB digger at the Staffordshire factory in a stunt to demonstrate he could “get Brexit done”.

Lord Bamford’s wife, Lady Carole Bamford, set up the upmarket Daylesford Organic Farm, with a chain of shops selling its produce across London.

Mr Johnson reportedly received food from the Daylesford farm shop worth an estimated £12,500 during the pandemic, though Downing Street said he paid for the cost of all food for “personal consumption”.

When asked about the wedding celebrations, No 10 declined to comment on the “private matter”.