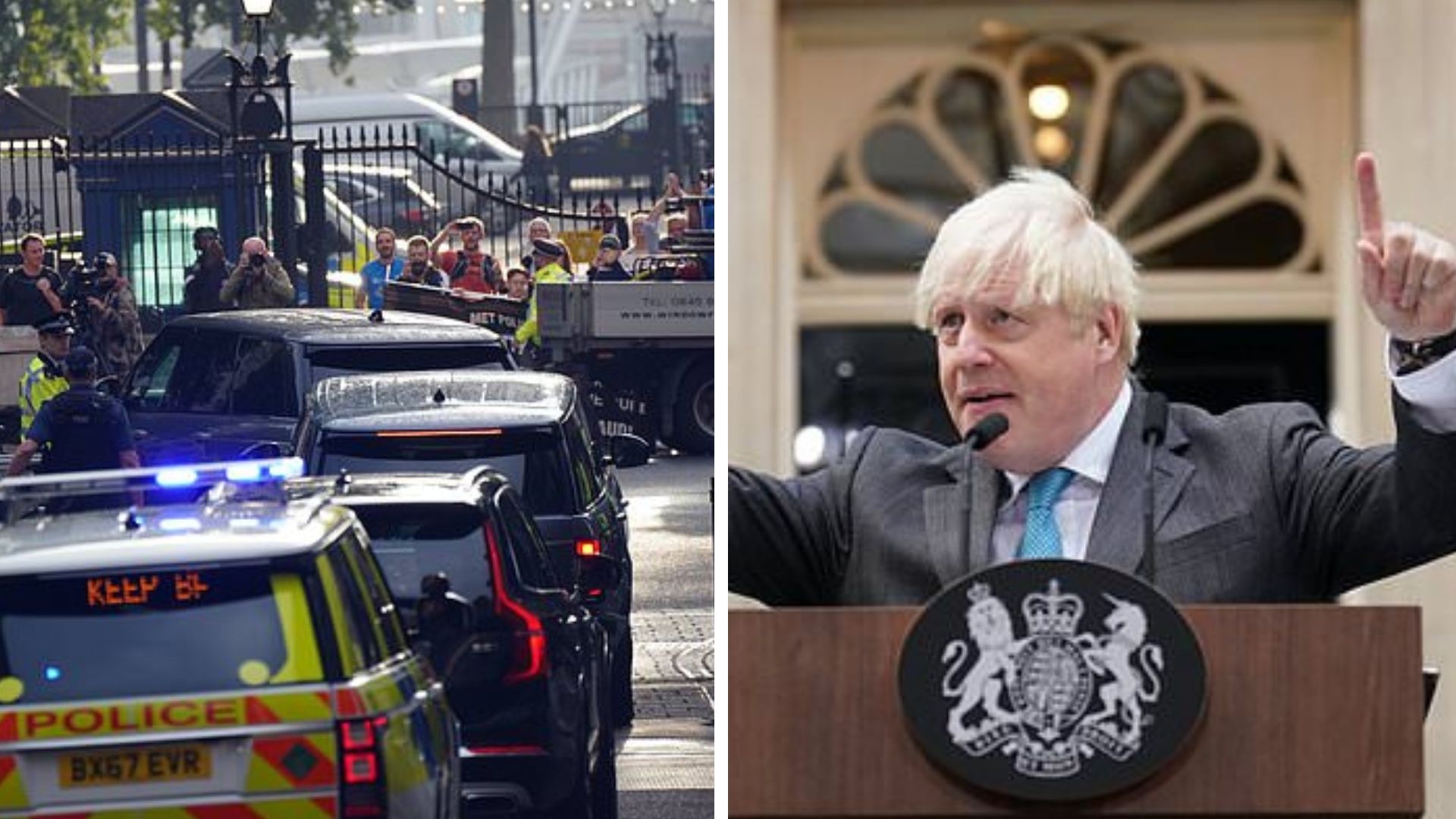 BORIS Johnson pledged his “support” for successor Liz Truss as she prepared to take over as prime minister and deliver a plan to address the energy crisis.

In his farewell speech outside No 10 this morning, the outgoing Prime Minister said his successor’s administration would do “everything we can” to help people struggling with the cost-of-living crisis.

Ms Truss, who will travel to Balmoral to accept the role of prime minister from the Queen later on Tuesday, is thought to be drawing up plans for a freeze in bills which could cost around £100 billion.

The Prime Minister said Vladimir Putin was “utterly deluded” if he thought he could succeed by “blackmailing and bullying” the British public through restricting gas supplies, driving up world prices.

Mr Johnson said: “We have and will continue to have that economic strength to give people the cash they need to get through this energy crisis that has been caused by Putin’s vicious war.

“I know that Liz Truss and this compassionate Conservative government will do everything we can to get people through this crisis and this country will endure it and we will win.”

Ms Truss won the contest to succeed Mr Johnson as Tory leader on Monday and will address the nation from Downing Street later today as prime minister, although storms forecast for Westminster mean she may have to do it from inside No 10.

A calm morning in Westminster meant Mr Johnson, watched by wife Carrie and supportive MPs including Nadine Dorries and Jacob Rees-Mogg, was able to deliver his farewell address from a podium outside the black door of No 10.

In a sign of lingering resentment at the manner in which he was forced out, Mr Johnson said “the baton will be handed over in what has unexpectedly turned out to be a relay race, they changed the rules halfway through, but never mind that now”.

He said his career was now like a booster rocket “that has fulfilled its function and I will now be gently re-entering the atmosphere and splashing down invisibly in some remote and obscure corner of the Pacific”.

Mr Johnson said “I will be offering this government nothing but my most fervent support”, calling for Tories to unite behind the new leader at a “tough time for the economy”.

“I say to my fellow Conservatives, it’s time for politics to be over, folks,” he said.

“It’s time for us all to get behind Liz Truss and her team, and her programme, and deliver for the people of this country.

“Because that is what the people of this country want. That’s what they need.

“And that’s what they deserve.”

He added that if Dilyn the Johnsons’ dog and Larry the No 10 cat “can put behind them their occasional difficulties, then so can the Conservative Party”.

Mr Johnson left Downing Street to head to Balmoral for an audience with the Queen at which he will formally resign, with Ms Truss expected to have her own meeting with the monarch shortly after to take over the position of prime minister.

As well as her speech in Downing Street she will begin putting in place her team of ministers, with key allies and supporters already pencilled in for some of the most senior roles, including Business Secretary Kwasi Kwarteng who is widely expected to be given the crucial role of chancellor.

Ms Truss first major policy priority will be delivering a package of support for households struggling with energy bills which are set to soar even higher next month.

The Daily Telegraph reported that among the measures under consideration was a scheme to freeze bills until the next general election in 2024, while the Times suggested the measures could also apply to businesses who energy prices were not covered by the household cap.

Details have yet to be announced, with Bloomberg suggesting the Truss administration could directly fix  a new unit price that households will pay for electricity and gas, with regulator Ofgem sidelined from its role in setting the price cap.

Treasury Chief Secretary Simon Clarke, a close ally of Ms Truss, declined to give details of the package, which is expected to be announced as soon as Thursday.

But he said it would “come very shortly” and “there is a clear commitment to rise to the level of events and to provide early certainty to families and businesses that there will be help available to meet the undoubted challenges that this autumn and winter are going to bring”.

He told BBC Radio 4’s Today: “It will be a major moment I think in terms of drawing a line under the sense of uncertainty which undoubtedly is present in the country at this time.”

Senior opposition politicians said the freeze must not be paid for by billpayers through a loan system.

Labour has called for a freeze funded by a windfall tax on oil and gas producers and the party’s deputy leader Angela Rayner told Good Morning Britain: “To make working people pay for it when the gas and oil companies have made bumper profits would be completely unfair.

“Therefore, the windfall tax on these companies, who have made extra profit than what they were expecting, is the right thing to do.”

“What they’re saying is that families and pensioners should be paying this back for years to come. That’s just not right,” he said.