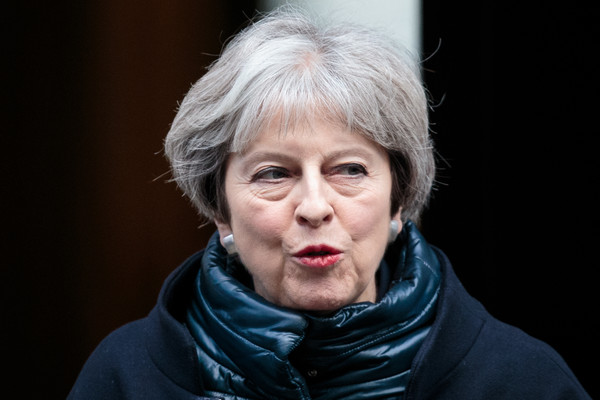 Theresa May’s leadership of the Conservatives was teetering on a cliff edge tonight as it was revealed that only 6 more letters need to be submitted to Graham Brady, the Chairman of the 1922 Committee, to trigger a leadership contest.

Robert Peston reported what appears to be a spontaneous outpouring of anger by backbench Tory Brexiteers.

48 letters are required to trigger a contest. Cabinet Ministers have been doing the media rounds today trying to sell Mrs May’s sell-out Brexit plan. Michael Gove, whose capitulation was reportedly crucial in swinging the Chequers meeting towards backing Mrs May, has been particularly vocal calling for unity.

However, these appeals seem to be falling on deaf ears as the Prime Minister has faced a barrage of criticism over the proposals which a leading barrister has argued will keep the UK effectively in the EU and lead to a ‘Black Hole Brexit’.

Labour today revealed that they would not back the strategy raising serious doubts as to whether Mrs May will be able to command a majority in Parliament for the proposals with Tory Brexiteers threatening to rebel.

Tommorow, Mrs May will address Parliament then in the evening she will address the 1922 Committee itself. It is looking increasingly likely she will be fighting to save her premiership on both occasions.