JUST IN: UK Chemical Attack Pair 'exposed to Novichock' according to BBC
Advertisement 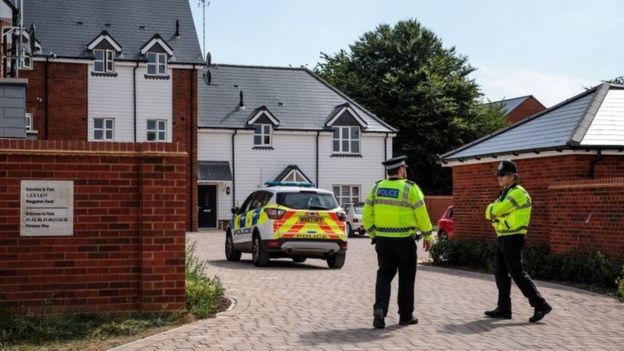 (BBC) A MAN and a woman are in a critical condition after allegedly being exposed to Novichock, counter-terrorism officers are investigating.

Counter-terror chief Neil Basu said in a statement: “I am here to update you on the major incident in Amesbury, following which a man and woman are critically ill in hospital.

Earlier today, Deputy Chief Constable Paul Mills, from Wiltshire Police gave an update on the situation. However, I can confirm tonight that there has been a significant development and that Counter–Terrorism Policing Network is now leading the investigation into this incident.

This evening we have received test results from Porton Down that show the two people have been exposed to the nerve agent Novichok.

At approximately 10:15hrs on Saturday, 30 June, the South West Ambulance Service was called to a residential address in Amesbury, where a 44-year-old woman had collapsed. She was subsequently taken to a hospital.

At around 15:30hrs that day, the ambulance service was called back to the same address, where a 45-year-old man had also fallen ill. The man was taken to a hospital and Wiltshire Police were informed.

From initial assessment, it was thought that the two patients had fallen ill after using drugs from a potentially contaminated batch.

However, on Monday, 2 July, due to concerns over the symptoms the man and woman were displaying, samples from both patients were sent to Porton Down laboratory for analysis.

Following the detailed analysis of these samples, we can confirm that the man and woman have been exposed to the nerve agent Novichok, which has been identified as the same nerve agent that contaminated both Yulia and Sergei Skripal.

The latest update we have from the hospital is that both patients remain in a critical condition. Both are British nationals and are local to the area. Officers are still working to identify their next of kin.

At this stage, no-one else has presented with the same symptoms linked to this incident.

The priority for the investigation team now, is to establish how these two people have come into contact with this nerve agent.

Around 100 detectives from the Counter Terrorism Policing Network are now working on this investigation, alongside colleagues from Wiltshire Police.

We have cordoned off a number of sites in the Amesbury and Salisbury areas that we believe the two individuals visited in the period before they fell ill.

This is a precautionary measure while we continue to investigate how they came into contact with the substance.

I do want to reassure the public, however, that there is no evidence that either the man or woman recently visited any of the sites that were decontaminated following the attempted murders of Sergei and Yulia Skripal.

Looking ahead over the coming days, people in the area can expect to see an increased police presence, which will include officers wearing protective equipment as they carry out activity at a number of sites. This will look similar to some of the activity that took place in Salisbury earlier this year.

Again, this is a precautionary, but necessary measure that allows officers to safely carry out meticulous and systematic searches for evidence to support the investigation. This must be done with great care as you will appreciate, to ensure there is no outstanding risk to both those brave officers and the public.

I appreciate that there will be a great deal of speculation as to whether this incident is linked to the events in Salisbury in March.

I would add that the complex investigation into the attempted murders of Yulia and Sergei remains ongoing and detectives continue to sift through and assess all the available evidence and are following every possible lead to identify those responsible, for what remains a reckless and barbaric criminal act.

However, I must say that we are not in a position to say whether the nerve agent was from the same batch that the Skripals were exposed to. The possibility that these two investigations might be linked is clearly a line of enquiry for us.

It is important, however, that the investigation is led by the evidence available and the facts alone and we don’t make any assumptions.

We are keen to hear from anyone who may have information that could assist with this investigation and if you think you do, I would urge you to contact police by calling 0800 789 321.

The investigation team, as it has done in March, continues to work closely with experts from Public Health England, who have emphasised that, based on the number of casualties affected, it is not believed that there is a significant health risk to the wider public.”

The pair, believed to be Charlie Rowley, 45, and Dawn Sturgess, 44, were found unconscious at a house in Amesbury, Wiltshire, on Saturday. 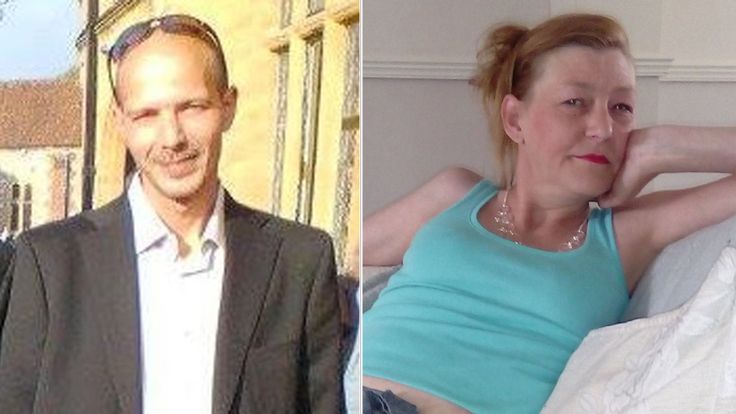 It is understood tests are being carried out on the substance at a government chemical weapons laboratory.

Amesbury is about eight miles from the Salisbury Russian spy poisoning site.

Former Russian spy Sergei Skripal and his daughter Yulia were poisoned with Novichok, a suspected military nerve agent, in March.

The substance Novichok was identified by the defence research facility at Porton Down, which is understood to be carrying out tests on the latest substance.

Investigators are trying to work out if the Novichok could have been prepared in Queen Elizabeth Gardens in Salisbury, and the Amesbury pair came into contact with its residue.

The government’s emergency committee, Cobra, has met in the Cabinet Office at an official level to discuss the events in Amesbury, which is being “treated with the utmost seriousness”.

A further meeting of the committee will be held on Wednesday evening to hear updates on the situation which was initially treated as a suspected drugs-related incident.

The Met said counter-terrorism officers are now working with Wiltshire Police “given the recent events in Salisbury”.

Wiltshire Police said it was “open-minded” about the cause after the pair, who are British nationals, were found at the house in Muggleton Road, Amesbury.