PORTON DOWN: One killed, another in critical condition after Salisbury Blast
Advertisement 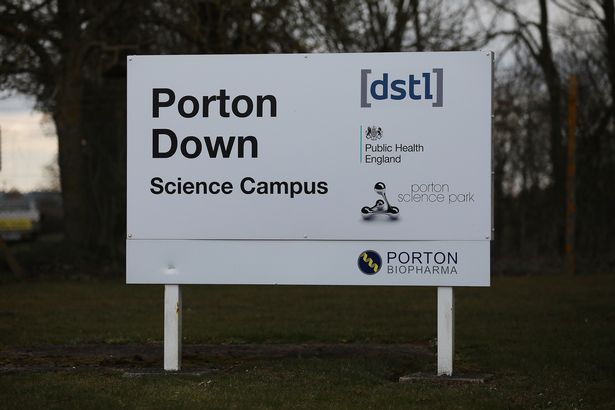 person was killed and another was injured after an explosion at a military hardware factory in Salisbury, according to reports. has died after a blast tore through an explosives factory near the government’s weapons research HQ in Salisbury.

The Sun reported that A second person was rushed to hospital in a critical condition after the explosion at the Chemring Countermeasures factory in Netton – just three miles from the MoD’s secretive Porton Down lab.

A statement posted on Chemring’s Twitter account read: “Chemring Group PLC confirms that at approximately 5pm on Friday 10th August, an incident occurred in a flare manufacturing building at the Chemring Countermeasures facility, near Salisbury.

“There has been one fatality and one employee is currently receiving treatment in hospital. The site was immediately evacuated, and the incident brought under control. The emergency services are in attendance.

“Chemring has launched a full and immediate investigation into the cause of the incident. A further announcement will be made as information becomes available. The thoughts and support of all Chemring Group are with the families at this time.”

In this article:breaking news, featured, porton down, Salisbury, uk