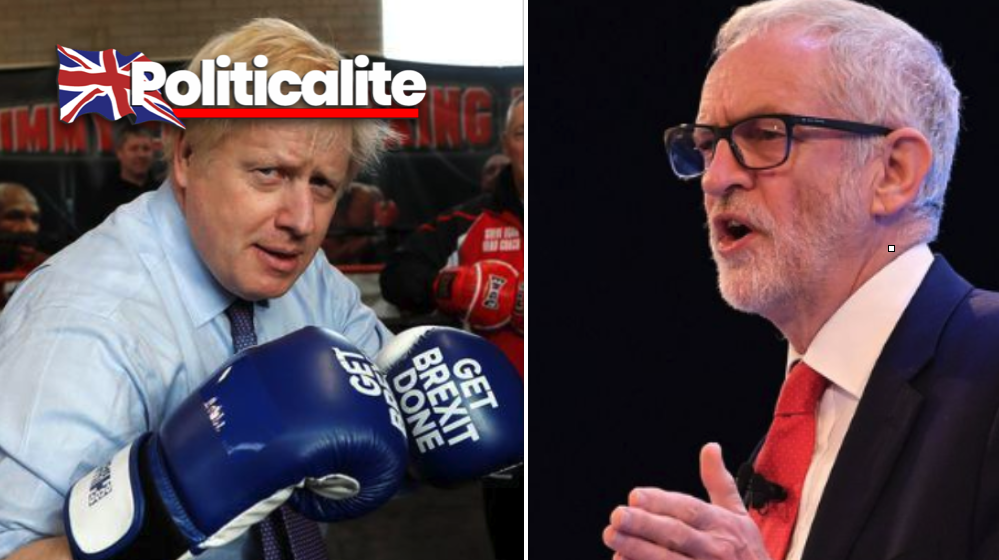 JEREMY Corbyn has been warned by Boris Johnson – the frontrunner to win December 12th’s General Election that his plan to ‘fiddle’ a Second Referendum on Brexit will “destroy” trust in Politics.

The Prime Minister urged the far-left Marxist Labour leader to reconsider his Brexit policy and his plan to give full voting rights to all UK residents, with Mr Johnson saying it would give two million EU nationals the vote in another referendum.

Mr Johnson said Mr Corbyn’s approach has “already done serious harm to trust” in politics, adding that cancelling the result of the 2016 referendum before it has been implemented would do more damage.

Labour has said it will “give the people the final say” on Brexit, that within three months of coming to power a Labour government would secure a “sensible deal”, and within six months they will put that deal to a public vote alongside the option to remain.

HELP US KEEP FIGHTING FOR YOU!

In his letter to Mr Corbyn, the Prime Minister wrote: “Your policy is to cancel the result of the last referendum and to hold another one.

“You have made clear that you oppose an Australian-style points system and you will not only continue ‘free movement’ with the EU but your policy is extend it to the entire world.

“Even worse, your manifesto sets out plans to fiddle your second referendum on Brexit. You want to give two million EU nationals the vote in your referendum.

“This is a sly attempt to undermine the result of the 2016 referendum, and is profoundly undemocratic.

“No true democrat, even the most ardent supporter of Remain, could support your attempt to undermine the result of a democratically expressed vote.

“I urge you in the strongest possible terms to reconsider this policy before the election on Thursday. Cancelling the result of the 2016 referendum is dangerous enough.

“Your approach has already done serious harm to trust in democratic politics and cancelling the result of the previous referendum before it has even been implemented will do more damage.

“But your policy of giving millions of foreign citizens the vote in order to overturn the referendum would create incredible bitterness that might take decades to repair.
“Imagine how people will feel if the biggest democratic exercise in our history is overturned because you gave two million EU citizens the power to reverse Brexit.

“It would alienate millions who already feel disenfranchised and ignored by our political system.”