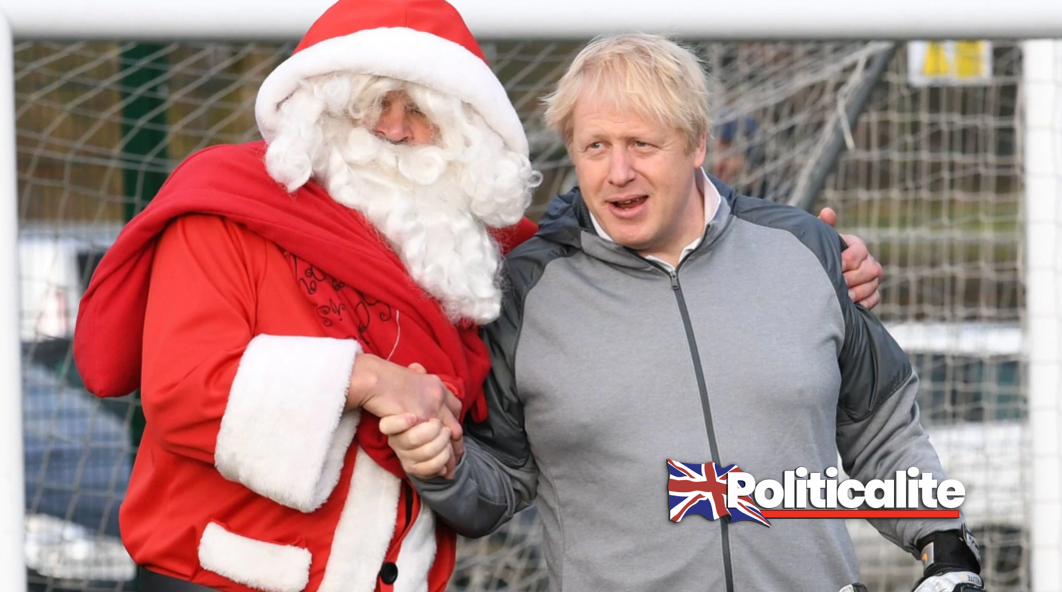 BORIS Johnson has agreed a Trade Deal with the European Union worth a whopping £600 BILLION that will make Britain prosper for years to come.

The Prime Minister said the agreement resolves the European question which has “bedevilled” British politics for generations.

Mr Johnson said the UK had managed to “take back control” as promised in the 2016 Brexit referendum.

“British laws will be made solely by the British Parliament interpreted by British judges sitting in UK courts and the jurisdiction of the European Court of Justice will come to an end.”

European Commission president Ursula von der Leyen said: “We have finally found an agreement.
“It was a long and winding road, but we have got a good deal to show for it.

“It is fair, it is a balanced deal, and it is the right and responsible thing to do for both sides.”
She said the deal meant “EU rules and standards will be respected” with “effective tools to react” if the UK side tries to undercut Brussels to seek a competitive advantage.

There will be a five-and-a-half year transition period for the fishing industry, she indicated.

And co-operation will continue on issues including climate change, energy, security and transport.
Mrs von der Leyen said she felt “quiet satisfaction” and “relief” that a deal had been concluded.

“It is time to leave Brexit behind, our future is made in Europe,” she added.

The Christmas Eve deal comes just a week before the current trading arrangements expire with the UK leaving the single market and customs union.

Mr Johnson said the deal covers trade worth around £660 billion and means:
– Goods and components can be sold without tariffs and quotas in the EU market.

– Will allow the share of fish in British waters that the UK can catch to rise from around half now to two-thirds by the end of the five-and-a-half year transition.

– Allegations of unfair competition will be judged by an independent third-party arbitration panel with the possibility of a “proportionate” response.

But the Prime Minister acknowledged he had been forced to give ground on his demands on fishing.
“The EU began with I think wanting a transition period of 14 years, we wanted three years, we’ve ended up at five years,” he said.

On financial services, a vitally important sector to the UK, Mr Johnson conceded he had not got all he wanted.

“There is some good language about equivalence for financial services, perhaps not as much as we would have liked, but it is nonetheless going to enable our dynamic City of London to get on and prosper as never before,” he said.

The UK will no longer participate in the Erasmus student exchange scheme, which Mr Johnson said was because it is “extremely expensive” – but a British alternative called the Turing Scheme will provide an alternative.

Parliament will be recalled from its Christmas break to vote on the deal on December 30, though MPs have been urged not to return in person to the Commons because of the pandemic unless it is “absolutely necessary”.

It is almost certain to be approved – with Labour leader Sir Keir Starmer confirming his party would vote for it – but Mr Johnson could face opposition from hardline Brexiteers.

Sir Keir said: “At a moment of such national significance, it is not credible for Labour to be on the sidelines. That is why I can say today that when this deal comes before Parliament, Labour will accept it and vote for it.”

The Tory European Research Group has promised to convene a “star chamber” of lawyers to pore over the 500 pages of the deal.

The agreement also has to be approved by the 27 EU members – and their diplomats will receive a Christmas Day briefing from lead negotiator Michel Barnier.

The European Parliament is unlikely to vote on the deal until the new year, meaning its application will have to be provisional until they give it the green light.

Business leaders welcomed the trade deal, saying it had come as a “huge relief”, despite being so late in the day.

Tony Danker, CBI director general, said: “Firms will immediately study the details, when they can, to understand the implications for their companies, customers and clients but immediate guidance from government is required across all sectors.

“Above all, we need urgent confirmation of grace periods to smooth the cliff edge on everything from data to rules of origin and we need to ensure we keep goods moving across borders.”