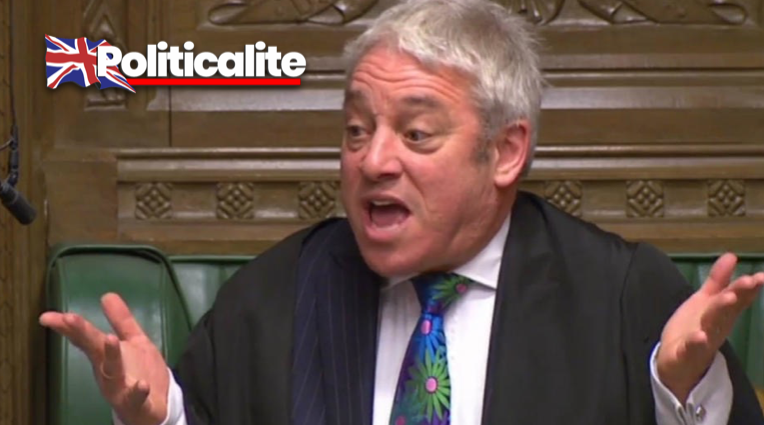 ALMOST Fifty thousand Brits have signed a petition calling for Speaker John Bercow to resign from his position after he was caught colluding with European leaders in an attempt to thwart Brexit.

The move came after the sellout speaker was busted attempting to undermine the British negotiating position, the British Government and the British Prime Minister with secret talks with one of the EU’s chiefs, David Sassoli.

The petition that was set up by Robert Barnes who posted: “The House of Commons is meant to be politically impartial.

However, the current Speaker, John Bercow has been anything but impartial. “ 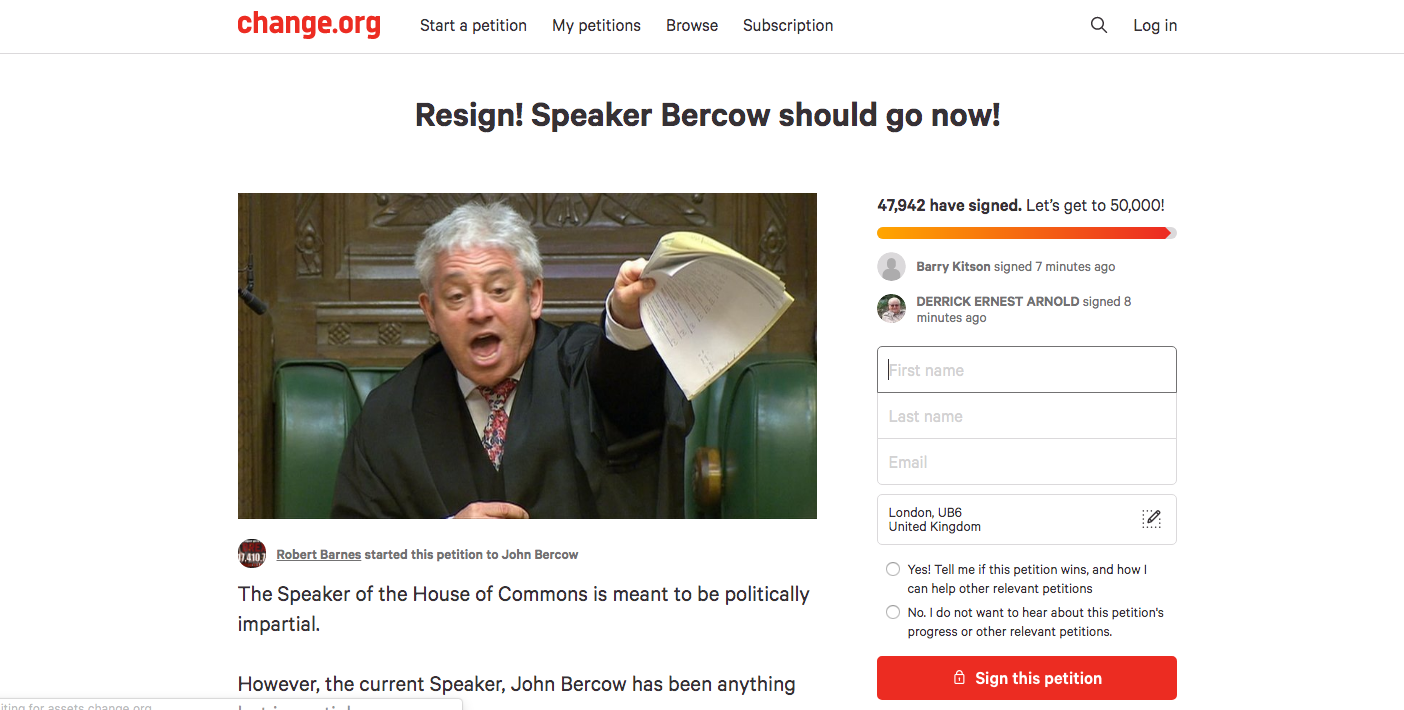 “Bercow is a dedicated Remainer who has shown bias against Brexit in his dealings with the Government.”

“Not least was his decision to overrule the advice of the Commons Clerks and allow the ultra Remoaner Dominic Grieve’s amendment which flew in the face of Parliamentary convention.”

“In the event of the Withdrawal Agreement being voted down, the Government will only have 3 working days to respond instead of 21 days.”

“Bercow has shown he is no friend of the House or of Democracy.”

THE EGOTISTICAL speaker, whose position legally requires strict impartiality, has frequently abused his powers in the House of Commons to delay and frustrate Brexit, whilst also working alongside key remainer MPs against the government but his latest stunt has proven to be one step too far and has angered Brexit voters.

Bercow is supposed to be an impartial “referee” of British politics in the House of Commons – but he angered Brexiteers after entering into negotiations with the EU behind closed doors.

Brexit Party chair Richard Tice said that Bercow, who is a wet Tory MP – and has praised Jeremy Corbyn in the past “has no authority to act on behalf of Mr Johnson.”

Mr Tice, referring to David Sassoli, said: “Here in Brussels new President Sassoli admits in the chamber that he has bypassed the British PM and Government and is now in direct discussions with Bercow about Brexit negotiations.

“He refused to take my urgent question on what authority they had to have these discussions.” It has also been claimed an option Mr Sassoli has agreed with Mr Bercow is a second EU referendum, sparking fury among Brexiteers.

Offline, others have sent letters and emails to the government demanding that a full investigation into the speaker’s widespread “foreign collusion” be held immediately.

The slip-up by the President of the EU (one of five within the Union) has caused further embarrassment for the disgraced politician – who has already stated that he will be standing down before the next General Election.

His impartiality is now undeniably non-existent, and Politicalite is calling for a full investigation into Bercow before he can carry out further attacks on British democracy, and a comprehensive inquiry to be held with a focus on never allowing this brazen abuse of power to happen again.