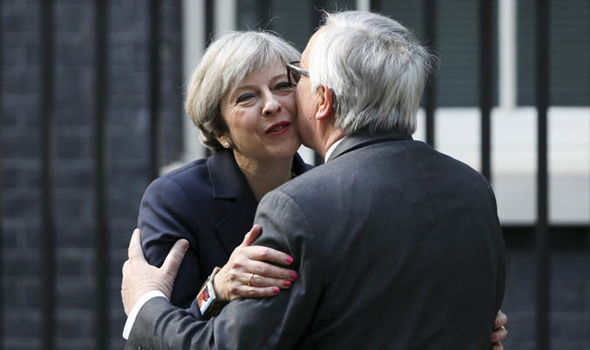 THERESA May has announced in a statement to the House of Commons that she is taking formal charge of Brexit negotiations with the EU after making Dominic Raab announce her two fingers of fudge to Brexiteers that will keep Britain under EU jurisdiction after Brexit.

The move gives Olly Robbins more power and comes days after it was revealed that Robins stripped DexEU of 50 of its best-negotiating staff.

Robbins spoke to the Exiting the EU committee and said he “doubts” the PM will be meeting with EU chief negotiator Michel Barnier, despite having taken formal charge of the Brexit negotiators.

Raab says there has been “a lot of speculation”. He says he and Robbins have been working “very closely together from day one to make sure there is one team, one chain of command” on Brexit.

Raab claimed there has been “some changes and some shifting of the Whitehall deckchairs”.

Lib Dem MP Layla Moran said: “It’s a demotion for Dominic Raab – we can all see that.

“The prime minister has shown how wafer thin her confidence in the new DExEU minister is, launching a desperate attempt to take back control – two years late.”

When asked if Raab and Robbins should swap places, because Robbins is actually in charge, Raab repeats that there is “one team” on Brexit.

Whittingdale said it was “extraordinary” that Raab is no longer responsible for Brexit negotiations.