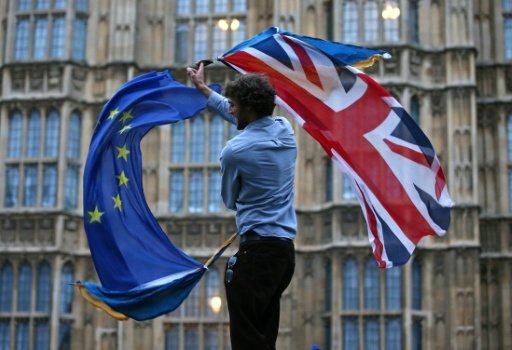 REMOANERS have launched another attack on the 17.4m who voted to leave the European Union in 2016 with a HIGH COURT challenge to try to block Article 50 and the court action could bring Brexit negotiations to a halt.

The judicial review being filed in the High Court before Christmas and claims the UK never made the constitutional decision to leave the EU – despite 17.4m voters voting for Brexit.

The anti-Democracy Campaigners argue the referendum result was not ratified by an act of Parliament, which they claim means the triggering of Article 50 is invalid.

While the wording of the European Union (Notification of Withdrawal) Act 2017 gave Theresa May the authority to trigger Article 50, the activists say the act does not explicitly state that Parliament makes the decision to leave the bloc.

In an earlier case brought by Remoaner Gina Miller, the Supreme Court established the referendum result was not a constitutionally binding decision to leave the EU and that only an act of Parliament could make that decision.

Campaigners bringing the case to the High Court claim if they are successful, the Article 50 notification could be nullified and negotiations halted until Parliament votes on an act to recognise the referendum result to leave the bloc.

A crowdfunding campaign raised more than £111,000 to launch the legal challenge, with nearly 3,900 people donating to the case.

Elizabeth Webster, a 54-year-old small business owner who ran as a Lib Dem candidate for North Swindon in the 2017 General Election, is spearheading the case.

Webster said: “We need to get people to see what’s going on. This is not about stopping Brexit, but if we are to leave the EU then it needs to be done in a lawful and orderly way.”

Ms Webster said her decision to lead the case was “not taken lightly” and admitted that her family was worried about her security. “I realise that a lot of people are going to be hating me for this,” she said.

The group of activists, led by Ms Webster and represented by Hugh Mercer QC – who chairs the Brexit Working Group of the Bar – and Gwion Lewis, is calling on the courts to make Parliament vote on a new act which would ratify the result of the EU referendum, or call for a second referendum which in turn would be ratified by MPs in the Commons.

A spokesman for the UK Government said: ”This is a matter for the court. It would not be appropriate for the Government to comment on ongoing proceedings.