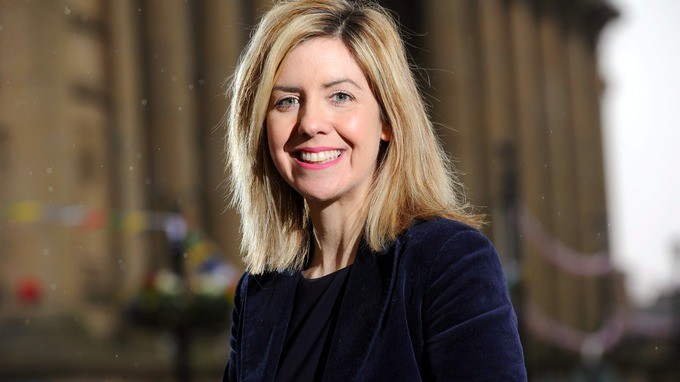 TORY MP Andrea Jenkyns has QUIT as a ministerial aide to fight for Brexit.

In a statement, the MP for Morley and Outwood wrote: “Currently, there are 21 members on the Brexit committee, only 7 of which voted to leave the EU. It is my opinion that the reports produced by the committee have been unbalanced in favour of us either remaining in the EU, the customs union or delaying our departure. I, therefore, feel I need to spend more of my time doing all I can do to correct this imbalance and be a robust voice for the benefits of Brexit.”

The MP, who infamously defeated Labour’s Ed Balls to win her seat in 2015, said it had been a “huge honour” to serve as PPS but had decided to stand down to “concentrate more of my time on obtaining the right Brexit for our country and my constituents”.

Jenkyns added: “Standing down as a PPS was a difficult decision for me, but I have decided that this is something that I need to do to be able to fully commit to my other parliamentary duties.

“I have an obligation to my constituents and the 17.4 million people around the country that decided to leave and take back control of our destiny.

She said Theresa May had her “full support” but in a pointed message about the kind of Brexit deal she wants, Ms Jenkyns said: “We want to see a new relationship with Europe, with a new model not enjoyed by other countries – nothing that leaves us half-in, half-out.

“And in order to achieve this, we need to leave the customs union.”