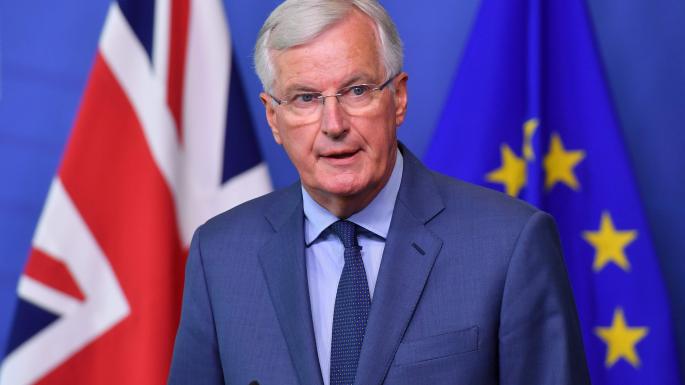 BORIS Johnson could be about to secure a Brexit deal within days after the European Unions chief negotiator said a deal is ‘still possible’.

“Let me add also that it is high time to turn good intentions into a legal text.”

Prime Minister Johnson is in a race against the clock to secure a new agreement for the meeting of European leaders that start in Brussels on Thursday.

“The talks are ongoing, We need to give them space to proceed, but detailed conversations are under way and a deal is still very possible.” added Barclay.

The optimism coincided with Irish broadcaster RTE reporting that two sources confirmed that British negotiators will bring forward an updated plan on Tuesday to deal with the issue of customs and the Irish border.

Meanwhile, after meeting the European Council’s president-elect Charles Michel, Finland’s Antti Rinne said there was “no time” for the UK Prime Minister to achieve

Housing Secretary Robert Jenrick rejected the remarks, stressing a “great deal” of progress had been made and negotiators are working “very intensively”.

He told BBC’s Newsnight: “The EU is capable of moving extremely quickly if they wish to. Like any negotiation with the EU, and in fact with any major negotiation in life, everything happens at the last minute.

“This was always going to be both complicated and come down to the final hours and days, so this doesn’t surprise me. We are going to work round the clock to try to secure it.”

Irish deputy premier Simon Coveney raised some hopes by saying “a deal is possible”, maybe even this week, but stressed “we’re not there yet”.

In similar comments, Mr Johnson told senior ministers there was “still a significant amount of work to get there” but a “pathway” to a deal was still visible.

The two-day EU summit is crucial because the PM must get a new deal approved by MPs by Saturday if he is to avoid a clash over asking for a Brexit delay.

The Benn Act passed by leftist MPs opposed to a no deal says he must ask for an extension to Article 50 if MPs do not back a deal by then.

Leader of the Commons Jacob Rees-Mogg has suggested the Government could use European law to achieve no deal.

“Theresa May got an extension not through UK law but through EU law and, until the 1972 European Communities Act is repealed, EU law is superior law in the UK,” he said on BBC Radio 4’s Westminster Hour.

Labour has threatened court action to force the PM to obey the legislation and extend Brexit.

Regardless of the outcome in Brussels, a showdown is anticipated in an emergency sitting of Parliament on Saturday – the first in 37 years – if MPs approve the unusual move.

They will be able to back or reject any deal presented to them, or there will be discussions on what to do next in the Brexit saga.

THEY’RE NOT ALL REMAINERS! Meet the Working-Class 17-YEAR-OLD Fighting For Brexit
BLOCK BREXIT: Labour tells MPs ‘If They Vote for Brexit’ They Will Be Deselected
To Top