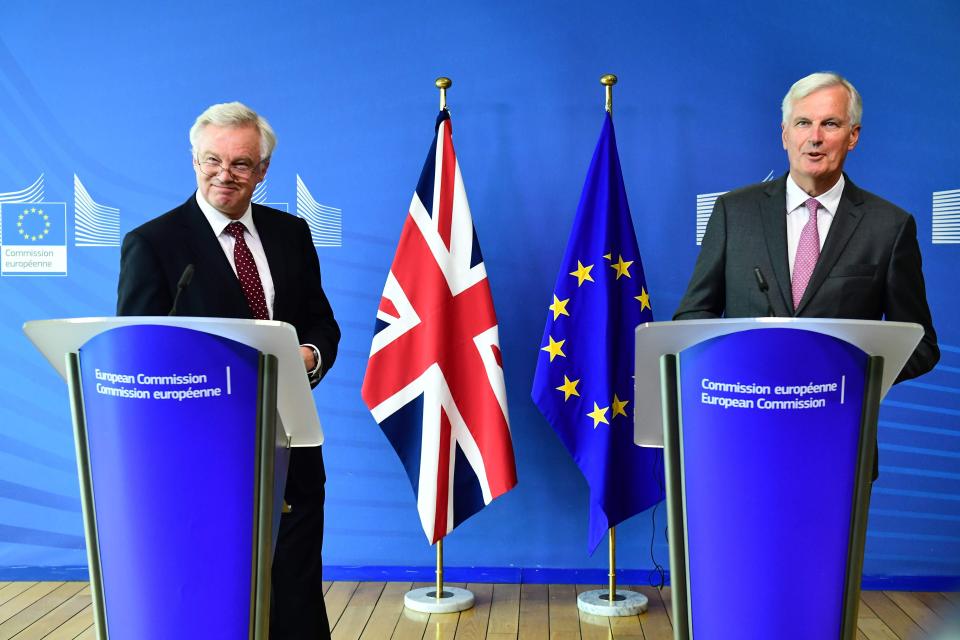 EUROPEAN UNION negotiators have been left in a state of shock after the British team launched a takedown of the European Unions so called ‘Brexit Bill’.

According to the Telegraph, British negotiators dismissed the EU’s demand for a €100bn (£92bn) divorce settlement.

Sources said that the EU was left in ‘amazement’ that the UK was claiming the settlement was ‘inadequate’.

The heated exchanges have been described as ‘intense’ and the two sides seem to be at war with one another.

Michel Barnier, the EU’s chief negotiator, has accused the UK of failing to specify their positions.

British negotiators are refusing to say what they are willing to pay for the ‘Brexit Bill’.

Many are claiming that the EU is basically ‘extorting’ money from the UK as a price for our decision to leave the European Union.

The EU is refusing to discuss a future trading relationship until there is sufficient progress on the financial settlement.