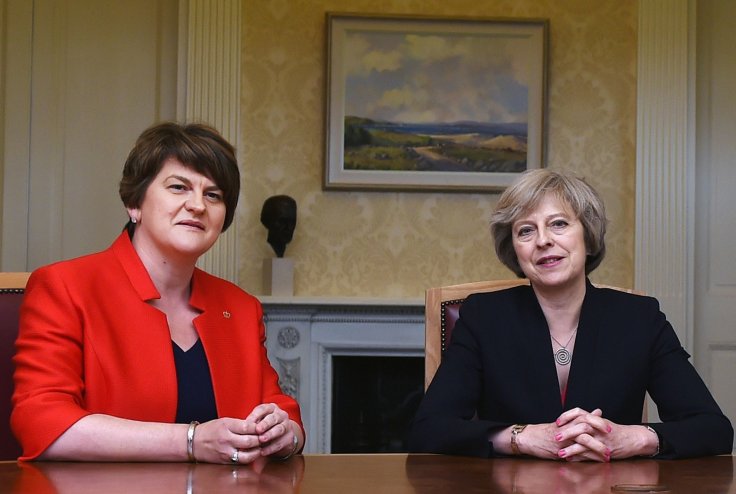 THERESA May could be ‘toppled’ by the DUP as the Northern Irish party vow to vote down her Chequers Plan.

The DUP ‘went on strike’ during a key Commons vote last night in a sign they are prepared to kick her out of office according to The Sun.

Now reports say that Mrs May is preparing to hand of tens of millions more to the DUP to get Brexit plan through parliament.

Arlene Foster urged ministers to ‘rise up’ against the UK and EU compromise plan, as senior Tories plotted a cash injection to their crucial Northern Irish allies.

Mrs Foster said that the EU “wants to place an effective one-way turnstile from Northern Ireland into the rest of the United Kingdom.

“Trade from Great Britain into Northern Ireland would be in danger of restriction.

She warned “that is not the best of both worlds. That is the worst of one world” and told Ministers to block the PM from agreeing any such move.

Senior Brexiteer Tory Steve Baker warned that the DUP are “absolutely furious” and could not be bought off, adding: “No one should underestimate their resolve.”