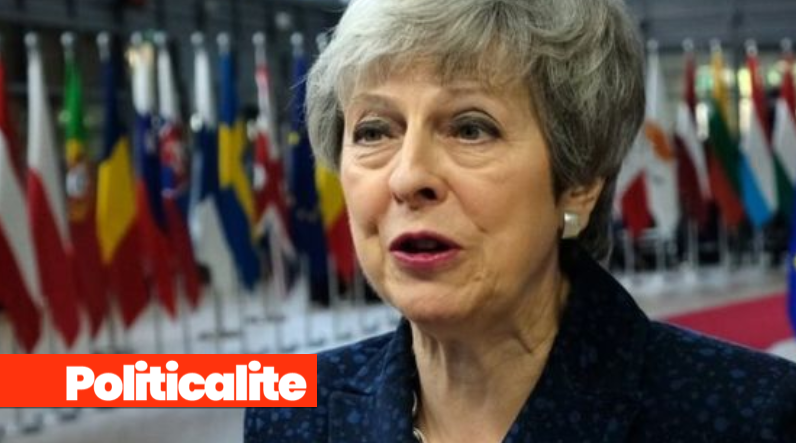 BRITAIN’S Copper lady has humiliated herself, and the United Kingdom by allowing the European Union to set the date for Britain’s exit from the bloc, as she was forced to wait outside.

May was told by the EU to wait in a room with no windows as the as EU leaders discussed Britain’s future date for leaving, after her humiliating Brexit disaster.

May travelled to Brussels to beg the bloc for an extension betraying the 17.4m Brexiteers by cancelling the planned date of March 29th so she can try again to get her HATED Brexit deal through Parliament.

An EU official told The Sun: “When leaders asked her what she was going to do, PM May would only say she was still pursuing Plan A of getting the deal through.

“It was then they decided that she didn’t have a plan so decided they would need to come up with one for her.”

As the meeting spilled into ‘Brextra-time’ EU27 leaders were dined as they chatted about Britain’s future.

The Prime Minister had scraps of the feast sent out on a silver tray.

The group finally decided that Britain will leave the EU at a later date, which could be either the 12th April or the 22nd May depending if MPs back Theresa May’s deal, which they have rejected twice,

Tory MPs are also circling around the dying corpse of Mrs May’s political career, and have demanded that utterly hopeless PM resigns over her handling of Brexit, according to reports.

The Telegraph revealed that the most senior Tory MPs want her to go.

This is despite the party voting to keep the hopeless PM back in December.

The Prime Minister was asked by the influential 1922 committee to address them on Wednesday, but she rejected the opportunity despite repeated requests.

Sir Graham Brady, who is the chairman of the 1922 committee, visited Prime Minister May in Downing Street and made clear that a growing number of Tories believe she has to go.

The Telegraph reported that Brady was “bombarded with text messages” by Tory MPs to tell her she could quit.

May was also under heavy fire after the Prime Minister was accused of “Attacking Parliament” in a “Dictorial Speech” in a live televised speech on Wednesday night.

One Tory told The Sun: “There is utter fury at what happened last night.

“The idea that the PM could hold drinks with 39 of us who backed her deal – then cross the road and say that?” Another said: “Patience in the PM has snapped. The speech was the final straw.”

In this article:brexit, Brussels, EU, featured, theresa may