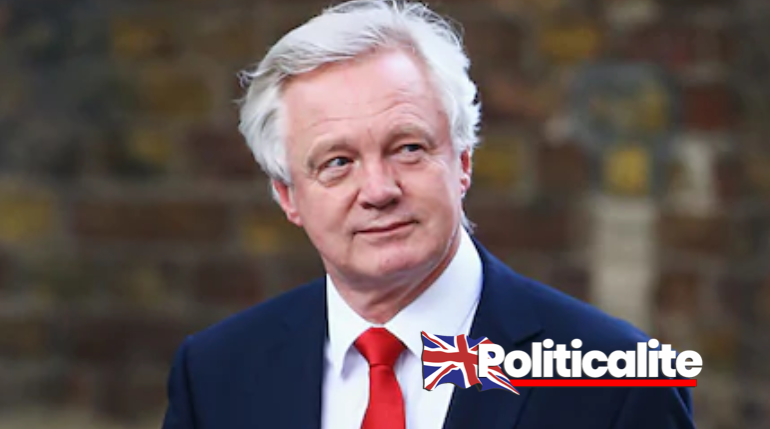 LEADING Brexiteer and former Secretary of State for leaving the European Union has officially stated that recent Brexit betrayal efforts and High Court rulings have reinforced the urgent requirement for a written constitution to protect democracy.

Unlike the US, the UK’s constitution is not contained in a single code but rather principles have emerged over the centuries from statute, case law, political conventions and social consensus.

The Magna Carta is often cited as being the blueprint for a constitution, yet the majority of laws mentioned in the 13th century text that the tyranical King John was forced to sign have since been repealed. 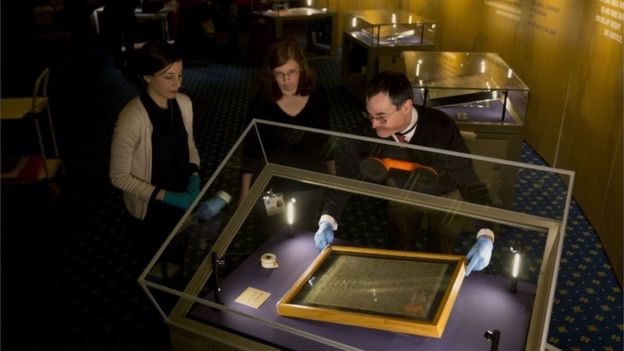 The Magna Carta lays out numerous laws intended to provide the people with more power, but many of its contents has been repealed.

Writing in the Times, Davis said: “Last month the Supreme Court surprised us all. There have been few statements in modern politics that have had the impact of the president of the Supreme Court’s, not least because of the dispassionate way in which Lady Hale put her decision.

“Yet while that decision was surprising and important, it was not revolutionary. It was just the latest indication that Britain’s so-called unwritten constitution is now failing to deliver either effective or democratic government.

“Our constitution has worked for hundreds of years, but the past few decades have put a succession of progressively greater burdens on it. From devolution to the Fixed-term Parliaments Act, from attempts to shrink the Commons to efforts to reform the Lords, from the intrusion of a controversial referendum into a system not designed for it, to radical changes in the power of the Commons under an equally radical Speaker, these strains have all stressed our constitution to its fracture point.

“That centuries-old system, a fluid interpretation of codes, customs, conventions and case law, operated in a way that respected the realities of the day. It was not a system anyone would have designed, but for the most part it worked better than the most elegant legal constructs of other nations. Nevertheless, from time to time it creaked under the strain. 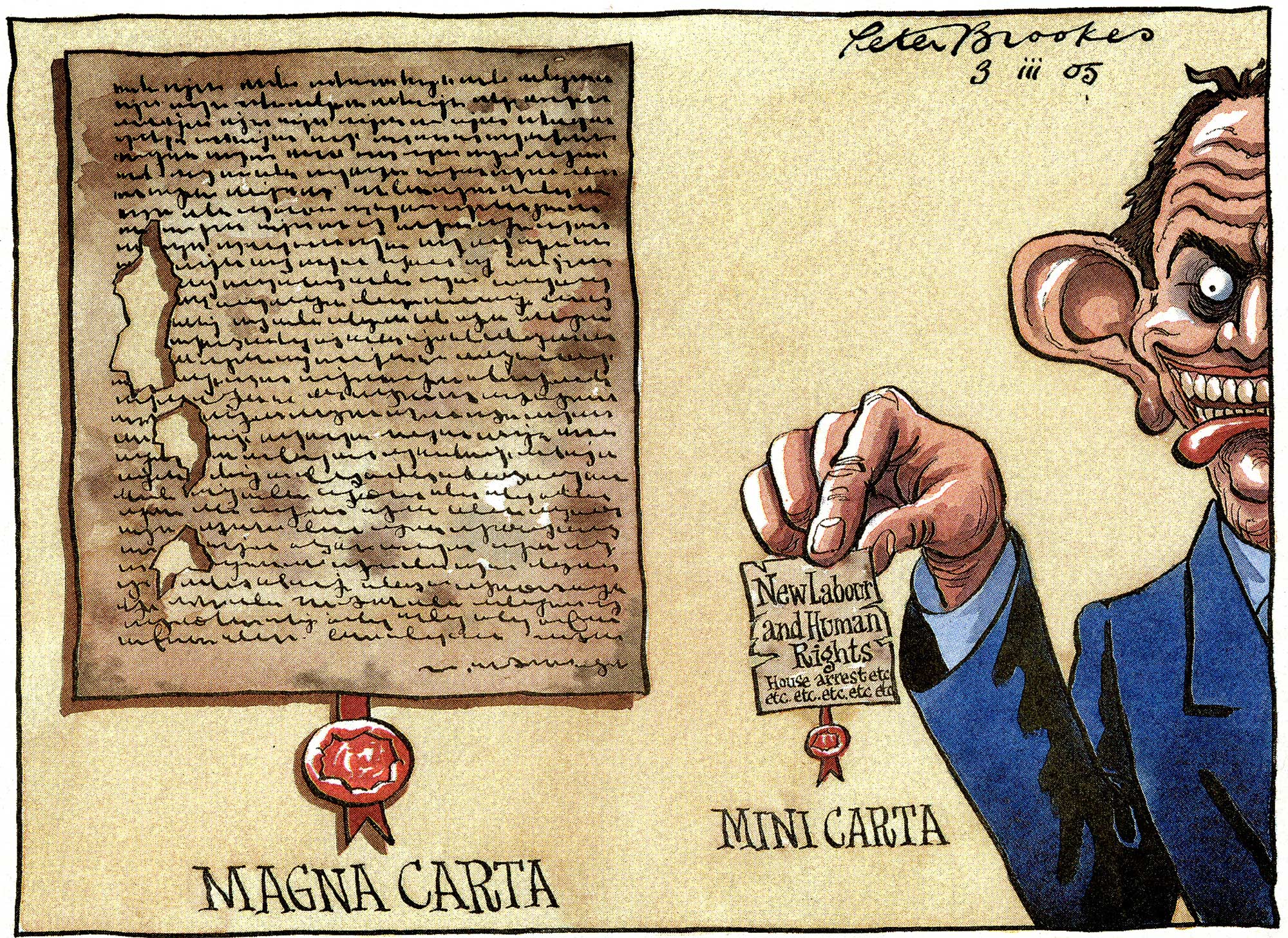 Tony Blair’s first term in office saw numerous amendments to the UK’s unwritten constitution – most of them proving to be hugely unpopular.

As the journalist Sidney Low said in 1904: “We live under a system of tacit understandings. But the understandings themselves are not always understood.”

Mr Davis is clear that Brexit has been one of the leading factors in his thought process regarding constitutional affairs.

“Now it has faced its Brexit test, and if the criterion of success is delivery of effective decisions, it is close to failure. The referendum result has come up against a parliament that does not believe in Brexit. The Speaker has bent the rules to help MPs take no-deal off the table. The fine balance between parliament, government, the courts and the people has been shifted.

“What many people do not understand about our system is that its abiding virtue is that it is decisive, more than it is democratic. It has essentially relied on an electoral system that gave power to the plurality, even if it did not achieve an absolute majority. Look at the 2005 general election. With only 35% of the vote, Tony Blair still managed to win a majority of 66. This means coalitions are rare.

“This decisiveness is one of the great benefits of the constitution. The British public has little tolerance for indecision and paralysis and, measured over centuries, our constitution has avoided indecision and extremism better than most. However, it does not always work and it is failing now. 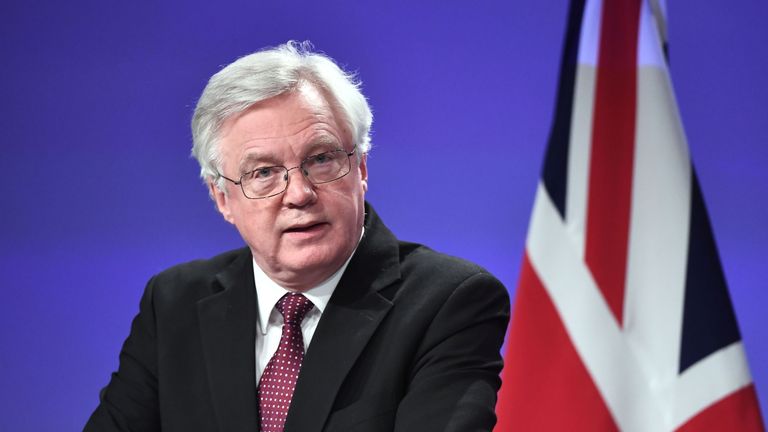 David Davis is calling for a new constitution to be set in stone.

“This is not our first constitutional crisis. We had House of Lords reform and the “people’s budget” in 1909; in 1948 Clement Attlee used prorogation to force the Lords to accept the Parliament Act. Each one was dealt with by an incremental modification of our rules. This time, the stresses are too great for that. We will need a full-scale written constitution to rebalance our nation’s decision-making.

“It will be a difficult task. It will need to be imaginative and inspiring enough to capture the imagination of the public, yet logical and detailed enough to prevent ambush or exploitation by future political actors.

“It will require a royal commission, but one that operates like none that went before. Not unlike Alexander Hamilton, James Madison and John Jay, the great American constitutionalists who authored The Federalist Papers, it would have to undertake a massive exercise in education, consultation and persuasion of the public — in short, a great debate.

“Madison’s seminal contribution was about limiting any tendency to populist demagoguery creating a majoritarian dictatorship and also protecting the rights of the minority — an idea that has been implicit in British common law for centuries.

“This is one of the fundamental balance points that a written constitution has to find, but by no means the only one. A new codified constitution would have to incorporate those common law traditions, resettle the balance between the executive, parliament, the courts and the people, address the needs of devolved nations, reform the Lords and secure basic rights.

A recent poll run by Politicalite revealed that 84% of participants agree that the UK needs a written constitution.

“Throughout this we must not lose the decisiveness and effectiveness that have marked British government for more than two centuries.

“In the coming months people will be tempted to focus on the role of the courts. Last weekend the prime minister said: “I think if judges are to pronounce on political questions in this way, then there is at least an argument that there should be some form of accountability. The lessons of America are relevant.”

“The lesson we should learn is how to ensure judgments reflect the majority national interest of the day, without making the judges themselves political. In doing so, we should remember that the solutions to our most difficult problems will always be political.

“The wisest comment was that of the US judge Learned Hand, quoted by Jonathan Sumption in this year’s Reith lectures: “[A] society so riven that the spirit of moderation is gone, no court can save . . . a society where that spirit flourishes, no court need save. [A] society which evades its responsibilities by thrusting upon the courts the nurture of that spirit, that spirit will in the end perish.”