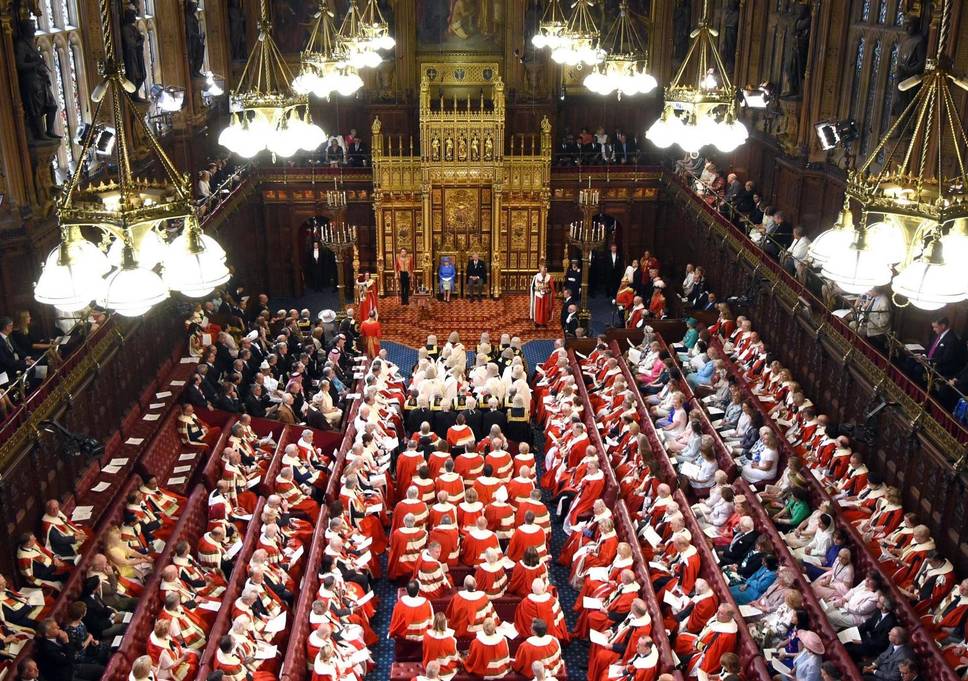 UNELECTED, Lazy and scrounging Lords will launch a shameless bid to block Brexit according to reports.

The move follows peers backing an amendment yesterday designed to give Parliament the power to set the Government’s future course on Brexit if it ends up rejecting any deal agreed by Theresa May later this year.

The vote meant the Government would be effectively prevented from taking Britain out of the bloc without any deal at all – the so-called “no deal” scenario.

May’s failing Tory Government has already indicated ministers will push back hard against the changes, which would need to approved by the Commons before becoming law.

A total of 335 Lords the backed the amendment while 244 voted against it.

Remainer peers see crucial Lords votes as their biggest chance to halt the process and force a second referendum by erecting “roadblocks” to a quick and clean Brexit.

Lord Newby, leader of the Lib Dem peers, wants to insert a clause in the Bill to guarantee a fresh in-out referendum if Britain fails to clinch a good Brexit deal.

His amendment – which defies the will of over 17.4million is also backed by Lord Butler, the former head of the deep-state civil service.

Labour peers have also tabled a series of changes dubbed the “no Brexit” amendment. It aims to force a binding Parliamentary vote on the draft deal while talks are still ongoing.

If Mrs May final Brexit deal is rejected, MPs and peers will have the power to instruct ministers what action to take – that could even include stopping Brexit altogether and forcing a second vote.

Not all Lords are trying to sabotage Brexit – One Brexit Minister, Lord Callanan said: “Labour’s flawed amendment seeks to tie our hands by inserting false deadlines and shifting the power to negotiate from the government to Parliament.

“It asks for meaningless votes on the deal before the deal is done. Those who want to overturn the referendum call this the ‘no Brexit’ amendment.

“The Conservatives are taking the scrutinising role of Parliament seriously, to improve an essential piece of legislation. Labour is using it to frustrate Brexit.”