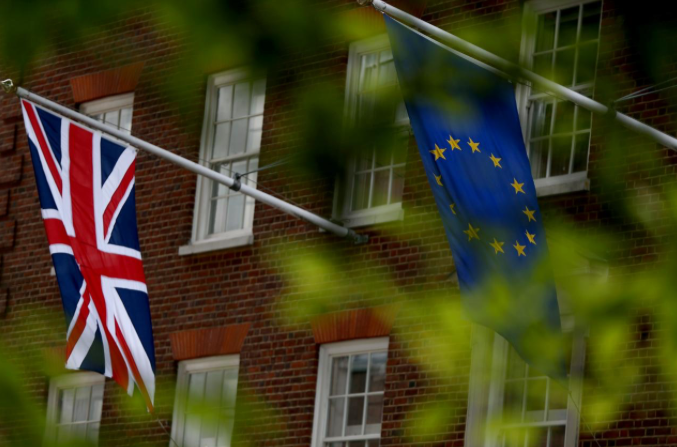 BRITAIN will not rule out the possibility that the European Union may retain oversight of customs controls at UK borders after it leaves the bloc, as the government seeks ways to keep unhindered access to EU markets following Brexit.

Last week, the UK published a policy document proposing two possible models for British-EU customs arrangements after withdrawal from the EU in 2019.

The first model was a “highly streamlined customs arrangement” which involved the re-introduction of a customs border but which envisaged electronic tracking of shipments, rather than physical checks of goods and documents at the border.

An alternative proposal was the “new customs partnership” which would remove the need for a UK-EU customs border altogether.

Under this model, the UK would operate as if it was still part of the bloc for customs purposes. British goods would be exported tariff-free and Britain would levy EU tariffs on goods coming into the UK for onward passage to the EU directly or as components in UK export goods.

However, lawyers said there would be a need for a mechanism to oversee the “new customs partnership” to ensure that the UK was correctly monitoring goods coming into the UK and destined for Europe.

The EU’s system of movement of goods across EU borders without checks works on the basis that all members closely monitor shipments coming into the bloc from outside, to ensure the correct tariffs are paid and that goods meet EU standards.

Theresa May has said the UK will no longer be subject to the jurisdiction of the ECJ after Britain’s exit from the bloc.

However, the British finance ministry declined to say if the country would bar the EU from policing the UK’s customs system under the “new customs partnership” model or whether it would allow the EU Commission to make demands for recovery of lost duties.

In this article:brexit, britain, EU, featured, theresa may