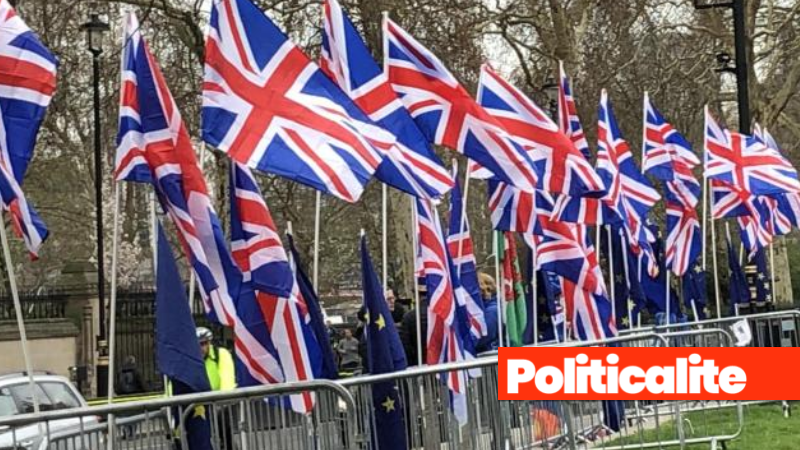 A GROUP of around 4 Brexiteers visited Parliament Square during the early hours of Thursday morning to replace all the EU flags displayed around the cameras with 34 Union flags outside parliament.

The Remainers subsequently arrived outside parliament at around 7.30am and began setting up their flags effectively triggering a ‘flag war’ between the two opposing sides.

‘What the Remain voters do is shun all the Leave campaigners into the irrelevant middle ground and dominate the TV space. ‘The narrative was this is the EU zone, we own this, but it seemed a little bit one-sided.’