GONE TO BREXSH*T: DUP 'Rip Up' £1bn Deal With May's Government Over Her Sellout Deal
Advertisement 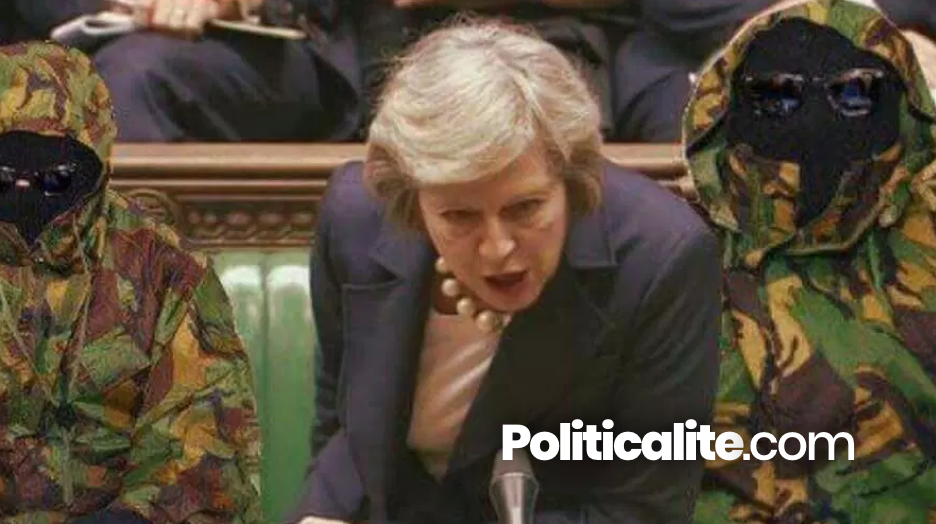 THE DUP has ripped up a ONE BILLION POUND deal with Mrs May over her Brexit deal – that sold Nothern Ireland out and included a border down the Irish sea.

Her £1bn money tree deal with the DUP is over after they slammed her in the Commons and said they won’t be supporting her in Government anymore because they say her deal breaks up the UK.

A DUP MP said she clearly “doesn’t listen” to them and their Brexit demands.

Yesterday the party’s leader Arlene Foster held talks with Mrs May in No10, adding: “there will be consequences” for a Commons vote on her deal.

The DUP are fuming with the test of the withdrawal Brexit deal, which could see Northern Ireland treated differently to the rest of the UK if no long-term Brexit agreement is sealed.

The party pulling the rug on their support means the PM no longer will have the votes of the 10 DUP MPs in the Commons, and she’s unlikely to be able to lead as PM for much longer.

Now the Tories are planning a ‘Government of National Unity’ with ‘sensible’ Labour MPs according to reports.

May and her Brexit deal looked doomed last night as the Brexit deal faced total collapse and a leadership contest looked ever more likely.

Later Hard Brexiteer, Jacob Rees-Mogg declared war on Number 10 by making a comment in the Commons about writing to 1922 boss Graham Brady.

Mogg later wrote the letter, sparking an all-out battle for the keys to Number 10.

The Moggster wants to replace May with a prominent Brexiteer.

And now, Senior Tories are secretly planning a ‘Government of National Unity’ along with LABOUR MPs.

The most likely candidates to be next ‘national unity’ PM are David Davis, Jeremy Hunt, and David Lidington.

MPs have begun top secret talks with moderate Labour MPs for a ‘Government of National Unity’ behind No10’s backs according to The Sun.

One mid-ranking minister involved in the clandestine talks told the newspaper: “We are speaking to sensible Labour people to see what might be possible.

“It’s early days, but we may well end up needing to govern with them when Theresa goes. “It really is that bad in my view.”

HAVE THEY LOST THE PLOT?: Readers REVOLT after Daily Mail backs Treason May’s Brexit Sell Out

THE CONLAB: Tories Planning ‘Government Of National Unity’ with LABOUR If May Toppled