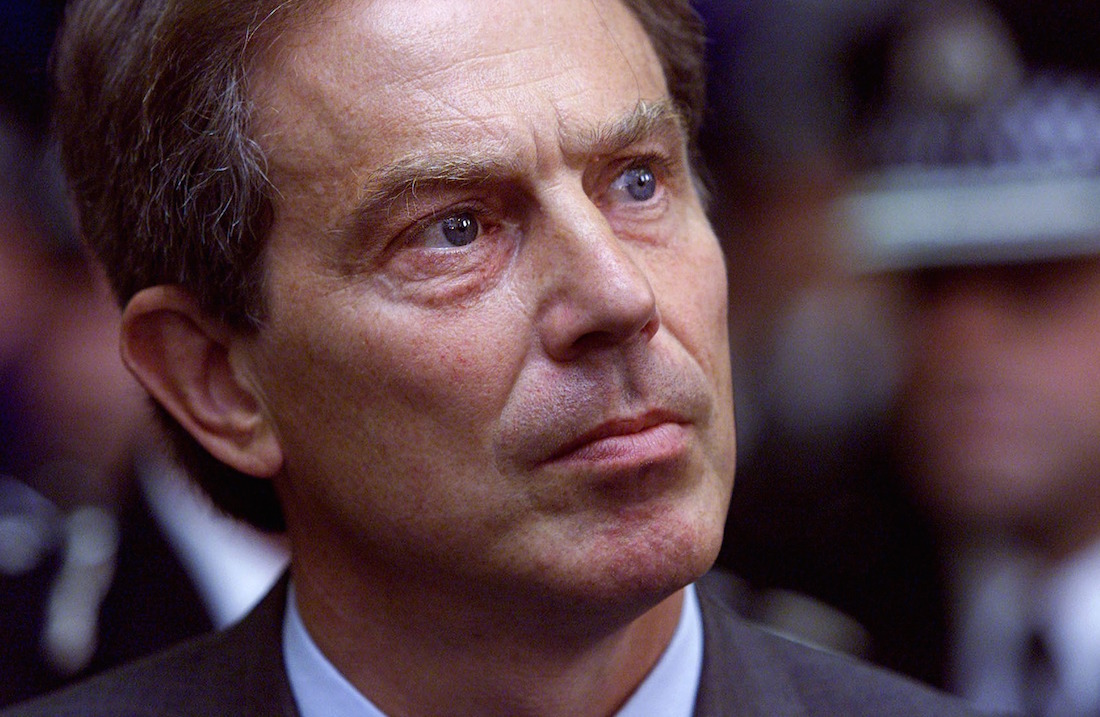 Tony Blair simply cant stay away from politics. Brexit is merely a convenient peg on which to hang his constant meddling.

Speaking at the 2018 Web Summit in Lisbon to CNBC’s Karen Tso, the former Labour Prime Minister shocked no one by revealing that he did not think Brexit is a “good idea”. Full of himself, as ever, Blair however believes he can turn the tide: “I’m 100 percent against Brexit. By the end, I will do everything to stop it.”

Blair backs a ‘Peoples Vote’, saying that any kind of Brexit deal is “pointless” because it would keep the UK too closely aligned with EU rules, or be too “painful” if it diverged and cause economic damage.

He said: “Before we go down the path of pointless or painful, ask the question again of the British people: in these circumstances, do you really want to proceed?”

Nigel Farage blasted back that Blair should “stay in retirement”.

Quite. Mr Blair strutting around the stage like a lost peacock is a massive exercise in ego self-massage and it is hard to see it serving any useful purpose as he brings hardly anything of value to the debate.