Labour's John McDonnell says Brexit could be delayed until 2023
Advertisement 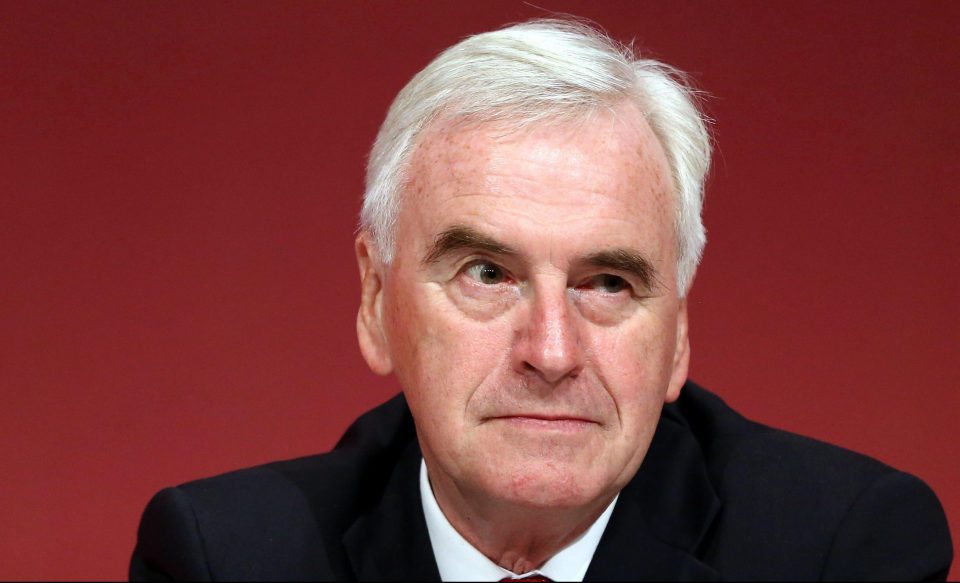 BREXIT could be delayed until 2023 under Labour plans for a FOUR YEAR transitional period.

The Shadow Chancellor, John McDonnell – has said he wants to keep the current status quo for DOUBLE the length of time than the two years Theresa May proposed in her speech in Florence on Friday.

Labour has already proposed that the UK should remain within the single market and customs union throughout the transition meaning the UK would have to stick to EU rules, regulations and allow freedom of movement and no new Trade deals could be signed.

“I think it will be around about three or four years, something like that.

This will anger Labour voters in the North who voted for Brexit in their droves.

The revelations came as Labour REFUSED to allow debate on Brexit – the biggest issue facing Britain today, at its Party Conference.

The motion was put forward by Momentum who feared democratic discussion of Brexit would put Jeremy Corbyn at odds with his own MPs.

LABOUR CONFERENCE: Get your flares out, Britain could be about to go back to the 70s

BREXIT WRECKERS: Germany and France are plotting to keep Britain in the EU