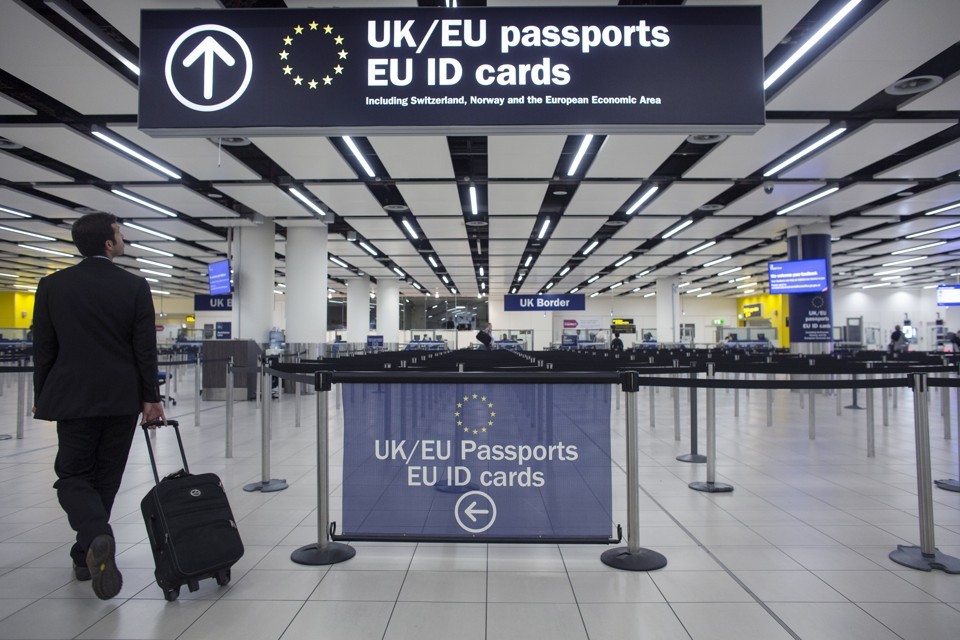 LEAKED Documents from the Home Office that suggest Britain may finally get tough on Immigration have rocked the political world.

Britain may end Brussels’ free movement of labour rules immediately after Brexit and introduce restrictions to deter all but highly-skilled EU workers.

In a move likely to please Brexit voters, the plans will mean British people are finally put first and we won’t rely on unskilled EU migrants that put a severe strain on local services and housing stock.

The 82-page document, marked as extremely sensitive and dated August 2017, amounts to a “British jobs for British workers” strategy and will most definitely anger ‘Remoaners’ and leftie MPs.

It says: “Put plainly, this means that, to be considered valuable to the country as a whole, immigration should benefit not just the migrants themselves but also make existing residents better off.”

The document proposes measures to drive down the number of lower-skilled EU migrants by offering them residency for a maximum of only two years.

Those in “high-skilled occupations” would be granted permits to work three to five years similar to the U.S. green card system.

he document also describes a phased introduction to a new immigration system; ending the right to settle in Britain for most EU migrants and tough new restrictions on rights to bring in family members – meaning many families could be split up.

Labour orders its MPs to vote AGAINST the Brexit repeal bill