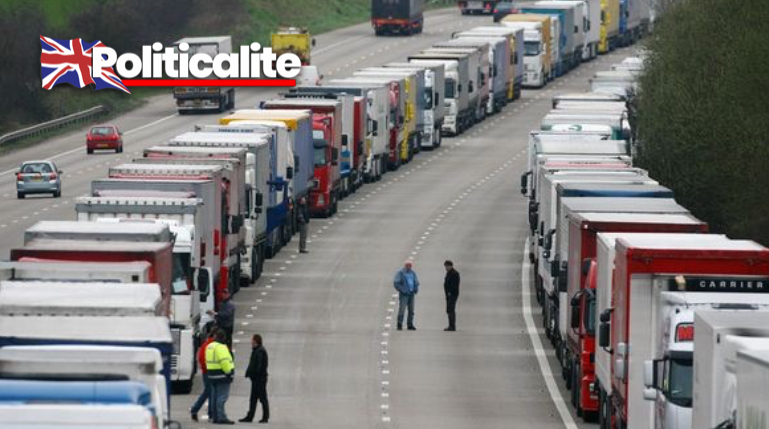 The cabinet member is said to have confessed his worries for Kent’s lay-bys and quiet car parks at last week’s Conservative Party conference, as reported by The Times.

He stated that he fears that stalled lorry drivers will get “bored waiting” in their cabs and will end up heading to lay-bys to indulge in some hardcore public action with strangers.

“One of the things we talk about in these no-deal meetings concerns hauliers and their activities,” the minister said.

The Cabinet Minister’s odd concerns seem to be based on the previous remainer government’s trembly-kneed and highly biased Yellowhammer contingency report that warns Kent will face months of congestion and disruption, with significant two-and-a-half-day queues at ports.

The fearful minister, who believes those delays on transport links to Dover will lead to a rise in the activity, is concerned about bored British truckers.

Meanwhile, other news outlets have claimed that Brexit will lead to “foreign sperm” sent to the UK by donors being delayed and becoming “unusable”.

On this issue, however, Politicalite would like to reassure the British public that sperm  WILL continue to flow in England’s green and pleasant land, deal or no deal. One only need look at the flurry of die-hard remainers to realise that there is certainly to be no shortage of w*nkers any time soon.