LEAVE IT OUT: Remain overspent during the EU Referendum, but they got away with it via Government loophole
Advertisement 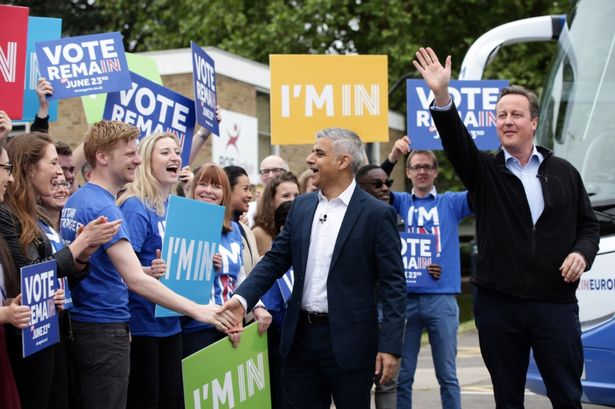 VOTE Leave was referred to the Police for breaking electoral law today after the official Brexit campaign overspent during the EU Referendum, but so did Remain.

Remain also colluded with a group, the Government and David Scameron spent £9m of taxpayers cash on Pro-EU leaflets.

The Commission said there was “significant evidence of joint working” between Mr Grimes and Vote Leave and the watchdog said Vote Leave should have declared the spending as its own.

Under this logic, Remain should also have declared the Governments spending, and also be fined for breaking the electoral law, but due to loopholes, they can get away with it.

Before the referendum campaign started in 2016, The British Government spent more than £9m on sending a leaflet to every UK household setting out the case for remaining in the European Union. 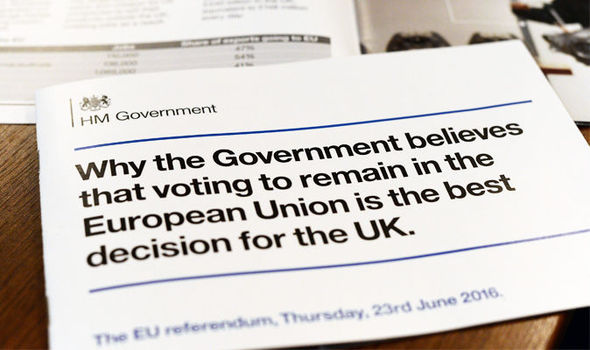 The 14-page document was sent to 27 million homes.

Boris Johnson said it was wrong to try to “stampede” voters while Nigel Farage said the document was “full of lies”.

Ex-UKIP leader Mr Farage said at the time the leaflet drop was a “scam” and reinforced his view that the EU referendum would be “defined by the battle of the people against the political elite”.

Katie Ghose, of the Electoral Reform Society, said in 2016 that “rushing” to spend £9.3m on the mail drop before stricter rules kicked in could make people feel the government was “playing fast and loose with the situation”.

GO NOW: Another Tory MP submits ‘Letter of No Confidence’ in Theresa May