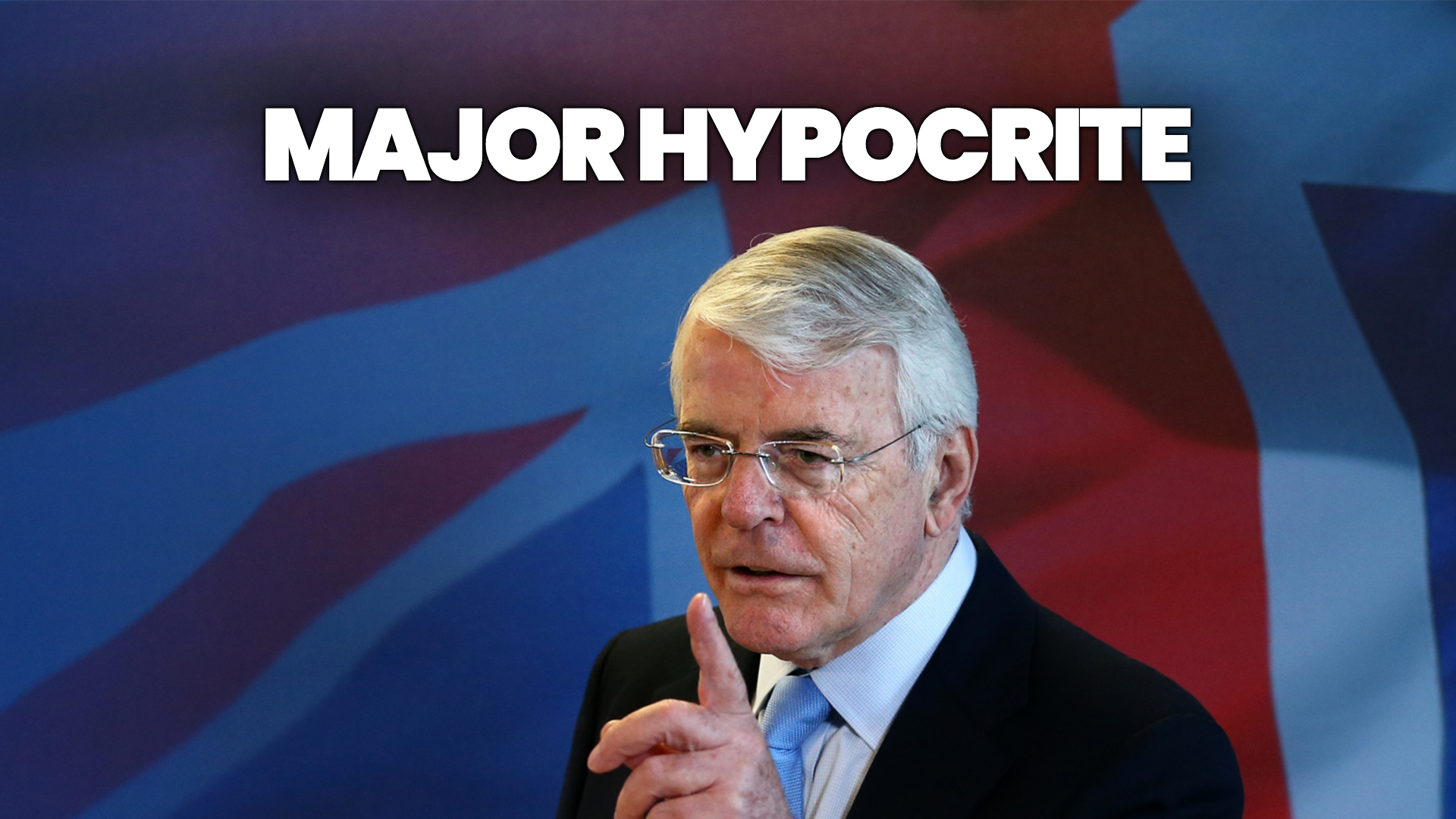 FAILED Former Tory PM John Major attacked Brexit today and called for Theresa May to offer a free vote to MPs on the final Brexit deal and called for a second referendum.

Remainer John Major, who sent the Tories into a 13-year wilderness after he was defeated in a landslide by Tony Blair in 1997, blissfully ignored the Democratic will of 17.4m Brexit voters.

Major said in a speech in London today that: “I don’t doubt the convictions of those who long for the seductive ambition of British exceptionalism. But these sentiments are out-of-date and, in today’s world, wrong”.

“It is already agreed that Parliament must pass legislation giving effect to the deal.” he added.

The former PM said the British people have the right to reconsider Brexit in another referendum – even though he signed Britain up to the modern EU model in the Maastricht Treaty without a vote.

He said: “It is not my purpose to stir controversy, but the truth must be spoken. The ultra Brexiteers have been mistaken – wrong – in nearly all they have said or promised to the British people.”

He warned of a “terrible backlash” from the public if EU withdrawal leaves the UK poorer and weaker, as forecasts suggest.

He also said that the Government’s negotiating position was not realistic, and urged the Prime Minister to be prepared to “change course” and seek a Norway-style solution which would involve accepting single market rules and paying for access to EU markets.

May’s current position was “tilted to ultra-Brexit opinion”, even though hardline leavers had so far been wrong in nearly every promise they made to referendum voters, he said.

“The true remit can only be to agree a Brexit that honours the promises made in the referendum. But, so far, the promises have not been met and, probably, cannot be met.

“Many electors know they were misled: many more are beginning to realise it. So, the electorate has every right to reconsider their decision.”