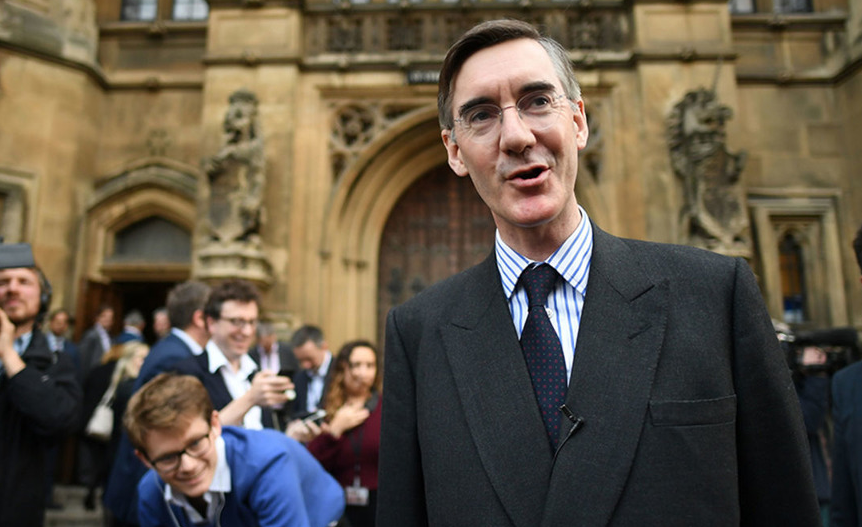 THE NAKED Emperor Jacob Rees-Mogg has told weak and cowardly Tory Brexiteers that it’s “Now or never” to remove the failed Prime Minister.

After being publicly hung out to dry by so-called Tory Brexiteers, who have chosen to keep May in power, Mogg went on the offensive and said the country will be stuck with Theresa May as Tory leader going into the next general election.

It seems the ERG Brexiteers attempt to force a vote of confidence in the Prime Minister has failed and Rees-Mogg acknowledged they were struggling to get the support they needed.

But he did reveal that there was little enthusiasm among Tory MPs for Mrs May to take them into the next election, due in 2022.

“I think it is now or the Prime Minister will lead the Conservatives into the next election,” he told reporters at a Westminster news conference.

“You find MPs privately who will say to you they think that is a really good idea in any number and I would be quite surprised.”

His warning came as Downing Street confirmed Mrs May will meet European Commission president Jean-Claude Juncker for talks in Brussels on Wednesday ahead of a special EU Brexit summit on Sunday.

In a move likely to be welcomed by Brexiters, Number 10 also confirmed that the Government would look at potential technological solutions to keep the Irish border open.

Mrs May’s official spokesman confirmed that references in last week’s draft agreement to “alternative arrangements” for the border could involve technical measures of the kind previously promoted as the “maximum facilitation” solution, or Max Fac.

Last week, senior ERG figures were confidently predicting they would get the 48 letters of no confidence from MPs needed to trigger a vote in Mrs May’s leadership.

But with Brexiteers apparently divided over whether it was the right time to mount a challenge, the prospect of them achieving their target appeared to be dwindling.