MRS MARXIST: Tories Turn On May As She Holds Talks With Anti-British Traitor Jeremy Corbyn
Advertisement 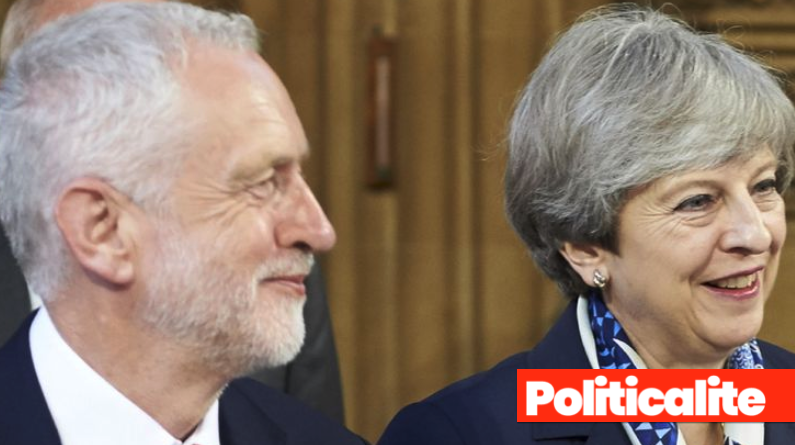 The Tory MP for West Suffolk said Corb was a “Marxist” and claimed he was “extremely dangerous” for the country.

His followed similar attacks from Tory MPs furious that May is working with the opposition.

The Health Secretary said: “I profoundly disagree with Jeremy Corbyn on the economy. He is a Marxist and he would do profound damage to people’s livelihoods.”

“He, nevertheless though, stood on a manifesto on Brexit to deliver Brexit, and that is also what we want to do.”

Other Tories openly attacked Labour with Nigel Adams, who quit as a minister on Wednesday, using his resignation letter to describe Mr Corbyn as a “Marxist who has never once in his political life, put British interests first”.

Mrs May was asked by former Cabinet minister David Jones if it remained the position of the Government that the Leader of the Opposition is “not fit to govern”.

And Caroline Johnson asked Mrs May: “If it comes to the point when we have to balance the risk of a no-deal Brexit versus the risk of letting down the country and ushering in a Marxist, anti-Semite-led government, what does she think at this point is the lowest risk?”

Asked following PMQs if Mr Corbyn was a Marxist, a Labour spokesman said: “I think Jeremy was asked that question by Andrew Marr in the first leadership election, and I think he said something like ‘Marx was an interesting analyst of capitalism of his time and going forward’.”

BREXIT BUNKUM: The End Of May Before April Is Over?