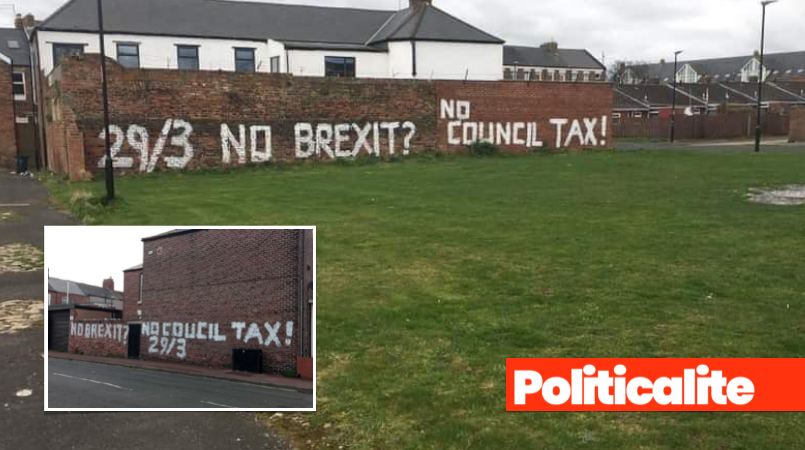 In a show of force against the snivelling elites in Westminster, campaigners have painted graffiti across the North Eastern city with slogans that read: “No Brexit? No council tax! 29/3” 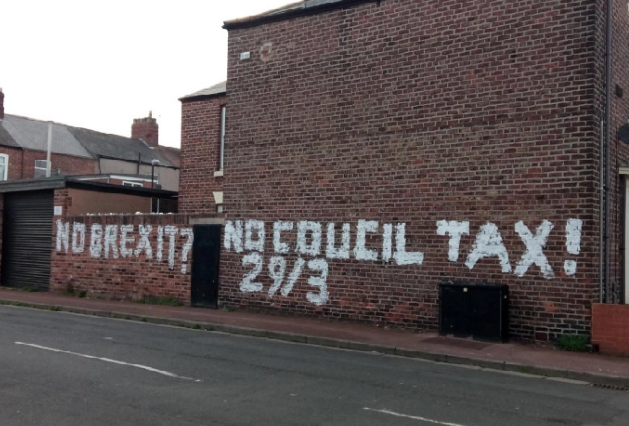 Local councillors have suddenly got off their backsides and have reacted with fury, obviously threatened with the prospect of having no taxpayer money to splurge. 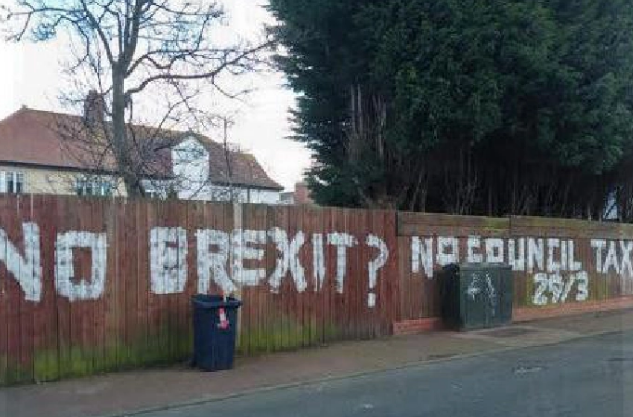 Brexit has all but ground to a halt, as MPs took control from the Government after Mrs May’s massive Brexit clusterfuck.

Frankly, Brexiteers are fed up, and they want what they voted for, if not they plan to cause ‘absolute havoc’ according to one source.

Plans for a massive protest in London are also underway – with Police leave ‘totally cancelled’ across the country, as the Government predicts ‘mass civil disobedience’ over MPs failure to deliver Brexit.

Council Tax could be the way for Brits to force MPs to change course and deliver Brexit, as Thatcher’s community charge failed – thanks to Brits refusing to pay.

BORIS: May Must ‘Channel Moses’ and tell Brussels ‘LET MY PEOPLE GO!”