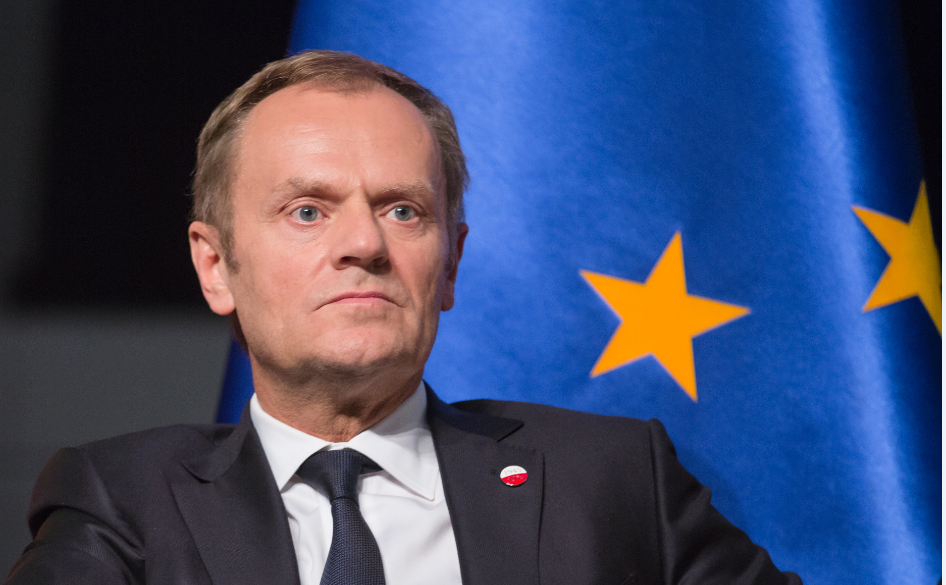 BRITAIN is “more likely than ever before” to crash out of the European Union without a deal, Brussels has said.

Prime Minister Theresa May insisted a Brexit deal is still “achievable” despite deadlock in negotiations just days ahead of a crunch summit.

But hours later, European Council president Donald Tusk said that while there was good will on both sides, the negotiations have been more complicated than expected.

Mrs May will address the leaders of the remaining 27 EU nations on Wednesday before they discuss over dinner without her how to proceed in the talks.

In a letter to EU leaders ahead of the summit, Mr Tusk said: “As things stand today, it has proven to be more complicated than some may have expected.

“We should nevertheless remain hopeful and determined, as there is good will to continue these talks on both sides.

“But at the same time, responsible as we are, we must prepare the EU for a no-deal scenario, which is more likely than ever before.

“Like the UK, the Commission has started such preparations, and will give us an update during the meeting.”

He added: “But let me be absolutely clear. The fact that we are preparing for a no-deal scenario must not, under any circumstances, lead us away from making every effort to reach the best agreement possible, for all sides.

“This is what our state of mind should be at this stage.

“As someone rightly said: ‘It always seems impossible until it’s done’. Let us not give up.”

Mrs May called for “cool, calm heads to prevail” after talks last weekend failed to bridge differences between the UK and EU over the future status of the border in Ireland.

And she warned of the danger that failure to reach agreement over the border could result in the UK leaving the EU without a deal in March next year.

The European Council meeting this week had initially been pencilled in as the summit where the UK’s withdrawal agreement and political declaration on future trade and security relations would be finalised.

German Chancellor Angela Merkel said the prospect of agreement “looks a bit more difficult again”, adding: “If it doesn’t work out this week, we must continue negotiating, that is clear – but time is pressing.”

Berlin wants the UK’s withdrawal next March to be orderly “but not at any price”, Mrs Merkel told a conference of German exporters.

And Irish Taoiseach Leo Varadkar suggested a deal may be delayed as late as December.

Mr Varadkar said Dublin was making preparations for a “potentially catastrophic” no-deal withdrawal, but did not believe this was the most likely outcome.

But Sammy Wilson, Brexit spokesman for the DUP, which props up Mrs May’s minority administration in the Commons, said a no-deal outcome was now “probably inevitable” due to the “intransigence” of EU negotiators.

Talks at the weekend foundered over the EU’s demand for a “backstop to the backstop” designed to ensure the border between Northern Ireland and the Republic remains open under any circumstances.

Mrs May has offered to keep the whole of the UK temporarily in a customs union with the EU until a broader trade deal is in place avoiding the need for customs and regulatory checks at the Irish border, with the expectation this will not be later than the end of 2021.

ut Mr Barnier insisted a carve-out keeping Northern Ireland alone in the EU’s customs area should remain available in case the UK-wide arrangement lapses before the trade deal is finalised.

Mrs May told MPs this was not acceptable as it risked undermining the integrity of the UK.

The PM warned the Irish issue must not be allowed to “derail” progress towards a deal which she said was in the interests of both the UK and EU.

She told MPs she would take steps to ensure that “we cannot be kept in this backstop arrangement indefinitely”.

And she warned: “We are entering the final stages of these negotiations. This is the time for cool, calm heads to prevail.

“And it is the time for a clear-eyed focus on the few remaining but critical issues that are still to be agreed.”

Labour leader Jeremy Corbyn dismissed Mrs May’s comments as “another ‘nothing has changed’ moment from this shambles of a Government”.