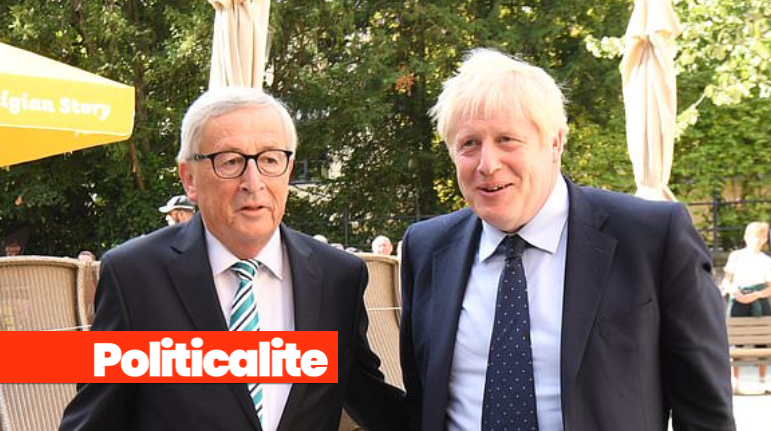 SNAILS, salmon and cheese were said to be on the menu as Prime Minister Boris Johnson met with EU boss Jean Claude Junker in Luxembourg this afternoon.

The bonking Brexiteer and EU Prez met in a closed-off restaurant situated in an 18th-century house, and not an EU or UK building was said by officials to be a “neutral location” for their Brexit discussions.

The pair will explore the possibilities of striking a fresh Brexit deal with major issues such as the Irish backstop to prevent a hard border is the main issue.

Prime Minister Johnson is reportedly “cautious” about the Brexit talks as he met with Junker.

The PM has warned Juncker that he would not delay the UK’s departure from the EU any further – “no ifs, no buts”.

With the Halloween deadline looming, Bojo needs to secure a new Withdrawal Agreement that would be approved by MPs shortly after next month’s EU summit.

If not, he faces being forced to ask for a delay to Article 50 to the end of January after Parliament approved a law designed to prevent no-deal.

However, Mr Johnson has suggested he could ignore the legislation to fulfil his “do or die” pledge to get the UK out of the bloc by October 31.
The PM was asked why he was so optimistic about the talks.

“Well, we’re cautious – cautious,” he told reporters, as he was flanked by the EU’s chief.

Mr Juncker was earlier asked if he was confident of progress. “We will see,” he replied.

Parts of this Article courtesy of PA