A headteacher accused of political scaremongering over a Brexit letter sent to parents has previously urged Prime Minister Boris Johnson to lie down on one of Britain’s busiest motorways, Shy Society can exclusively reveal today.

The fear mongering letter was sent out to parents, seen by pupils, and has been described as a ‘politically-motivated abuse of power’.

In a week where politicians were urged to tone down their rhetoric in the Brexit debate, it can be revealed that Jackie Shanks, the head at Mountjoy School in west Dorset, has repeated conspiracy theories, tweeted abusive language, and compared the recent Conservative Party Leadership race to a choice between contracting “gonorrhoea or syphilis”. 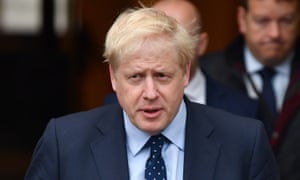 The headteacher also suggested that boris Johnson should commit suicide.

The school faced a social media backlash on Thursday after a letter penned by Ms Shanks to parents and carers outlined a number of negative consequences arising from a no deal Brexit scenario on 31 October. In the letter she warned of fuel and drug shortages, as well as a rise in hate crime, domestic violence, extremist activity and civil unrest before adding “To address potential food shortages, we have purchased an additional freezer which we will stock with suitable meals to cover short term issues.”

Many criticised the move with Claire Crowther posting: “Please don’t encourage this. It’s scaremongering and will end up creating a self-fulfilling prophecy. People panic others in to believing there will be a shortage and then they create the shortage.” While Ryan Dustan said: “Nobody knows what is going to happen so it’s just speculation and therefore scaremongering.”

Others agreed with her stance and Ms Shanks defended the letter and said highlighting the potential measures being taken in the event of Britain leaving the European Union next month was the “responsible” thing to do. She also pointed out that the letter was in response to a risk register made public by Dorset Council and currently available on their website.

But fresh questions have now been raised about Ms Shanks’ conduct following a string of recent and historical tweets discovered on her personal Twitter account, which links back to the 93-pupil school in Beaminster.

The school caters for students with special needs and on its website, outlines aims to “promote understanding and engagement between communities”. Also, on the school’s website is a Staff Code of Conduct policy which states “staff are responsible for their own actions and behaviour and should seek to avoid any conduct that would lead any reasonable person to question their motivation or intentions.” It goes on to say teachers must adopt “high standards of personal integrity and conduct and behave in a way that does not compromise their position both within and outside of the workplace”.

Within hours of Shy Society contacting the school for comment, Ms Shanks’ Twitter account had been restricted and its tweets no longer accessible. Ms Shanks and Mountjoy School did not answer specific questions put to them however in a short statement confirmed “Thank you for this information.

As with any other matter concerning an individual employee, the school and the governing body will not be commenting on it at this time.”

At the time of publication, it remained unclear what action, if any, the school was taking.

ANOTHER PLOT: Remainers Claim Queen Could ‘SACK’ Boris Over No Deal Brexit