VAX TO THE MAX: Britain Vaccinates More People That Rest of EU Combined

WITH OR WITHOUT EU: Johnson Says 'Britain Will Prosper' With Or Without A Trade Deal
6.8k
SHARES
Share Tweet

A BRITISH Truck driver has revealed that Britain’s food supply is at FULL CAPACITY thanks to no-deal Brexit planning and Government warehouses are ‘filled to the brim’ with food supplies.

Simon Paul Evans took to YouTube to reveal that the Government bought up tons of warehouse space for food supplies as supermarkets were worried about the impact of a Brexit.

In 2018 – amid Brexit contingency planning, the Government made top secret moves to stockpile processed food in the event of EU trade talks collapsing – to show Brussels that “no deal” was not a bluff.

Former Prime Minister Theresa May ordered “no deal” planning “to step up” – and thanks to her foresight Britain now has tons of supplies amid the Chinese Coronavirus crisis and it will  keep us going for months. 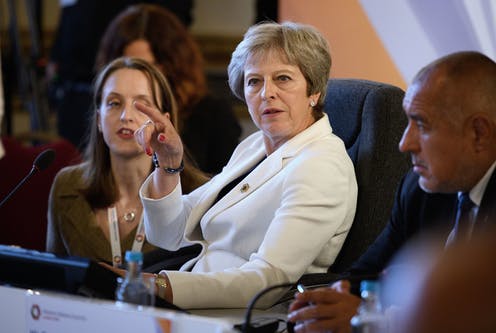 The British Government imported more than £22 BILLION worth of processed food and drinks in the event of a no-deal Brexit and to show that Britain was ready to go it alone.

Similar stockpiles were also prepared for medical supplies amid fears of chaos at British ports in the event of a no-deal Brexit.

Britain has enough food and this crisis could not have come at a better time – Britain is prepared, and the UK shall eat its way through the Coronavirus lockdown in the comfort of our own homes, binging BBC iPlayer, Netflix with an unlimited supply of snacks.

We’ve also got UberEats for Maccies, Deliveroo for PizzaHut and Just Eat for an… Italian or Chinese.

Our Government would never let the British people starve.

So you can stop panic buying and stockpiling, We’ve got more food in our warehouses than the EU put together.

WEST IS BEST? Washington ‘Will Use UK-US Trade Deal’ To STOP Chinese Expansion