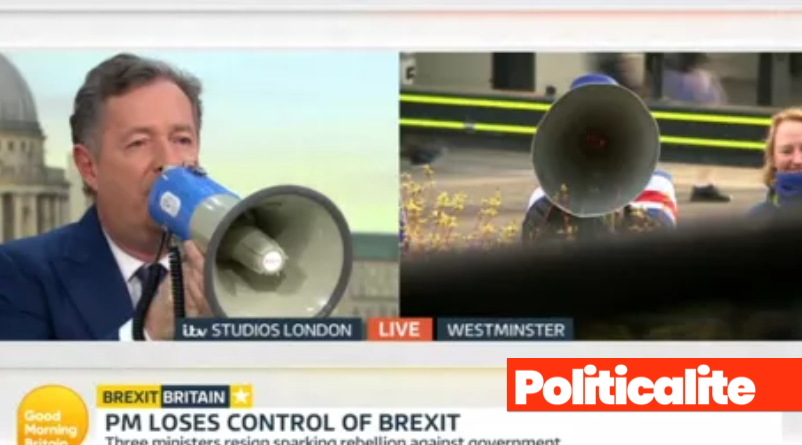 If you’ve been living under a rock for the past few years, ‘Drunk Steve’ is that annoying fella that shouts ‘STOOOOOOPPPPP BREXITTTTTT”, over, and over again every time there’s a mainstream media camera crew broadcasting live from College Green outside the Houses of Parliament.

He was branded ‘Drunk Steve’ by Brexit protesters, who led a campaign asking ‘Who Funds Drunk Steve?’ …but he’s actually called as Steven Bray, and Politicalite cannot verify if he’s drunk. 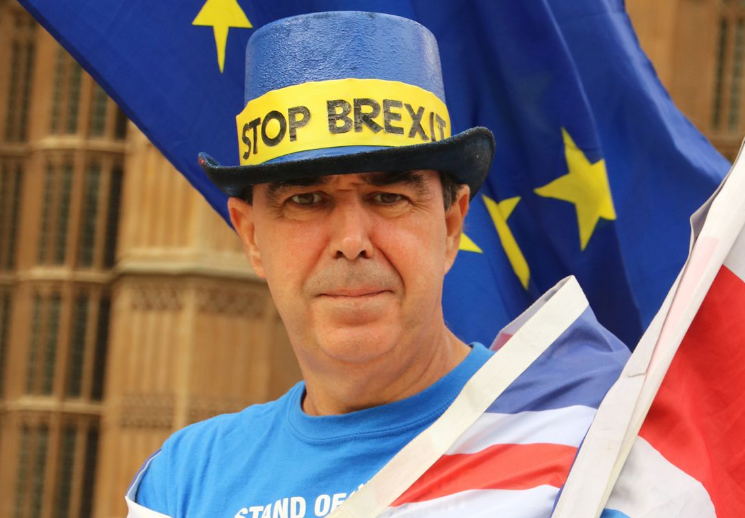 Bray, 49 from Wales is linked to the remain media and regularly chats with BBC journalists on College Green, but this time, the remoan activist was left speechless after Piers Morgan screamed at him down a megaphone, live on ITV’s hit Breakfast show and demanded he “shut up” about Brexit.

Piers shouted: “I’ve got a message for him.”

“Be quiet about Brexit, you are not going to stop it, it’s the will of the people. Shut up! That’s it. Alright, Steve.”

Piers carried on: “I have a bigger megaphone than yours Steve.”

“Right now, you have been out megaphoned. Don’t talk about Brexit!”

Bray refused to back down and shouted: “revoke Article 50!” to which Piers hit back: “Shut up!”